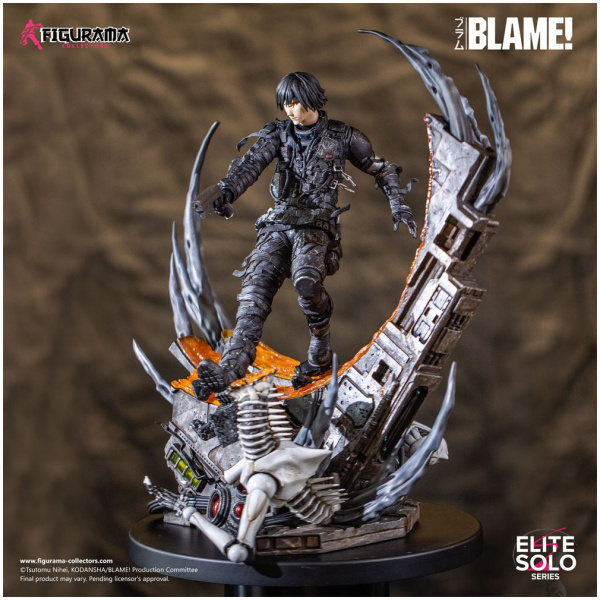 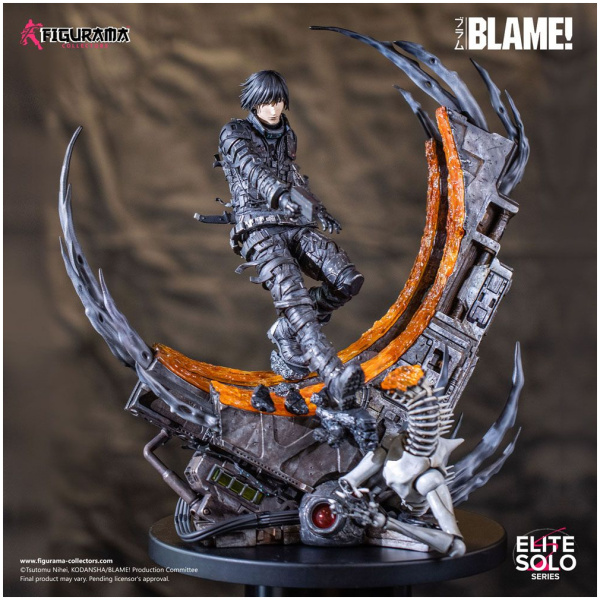 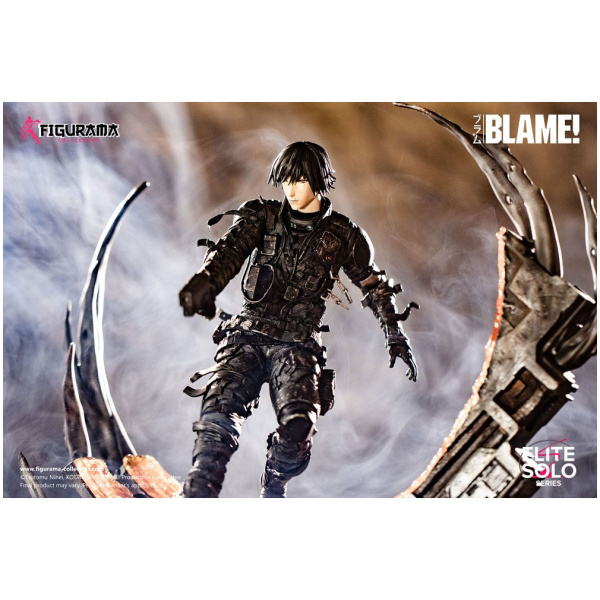 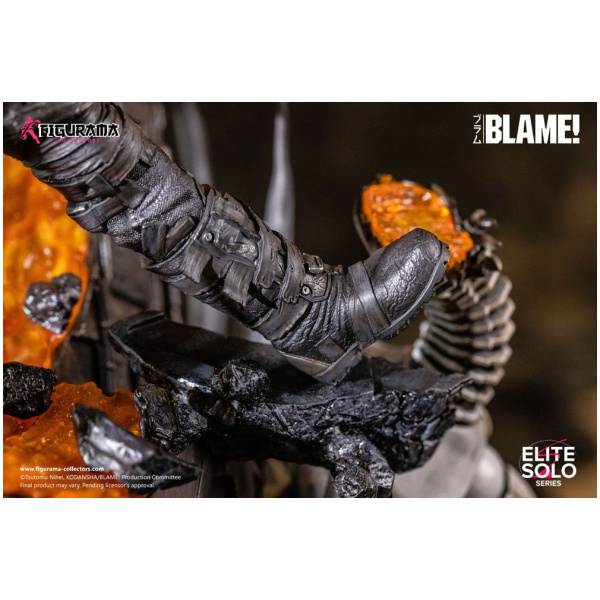 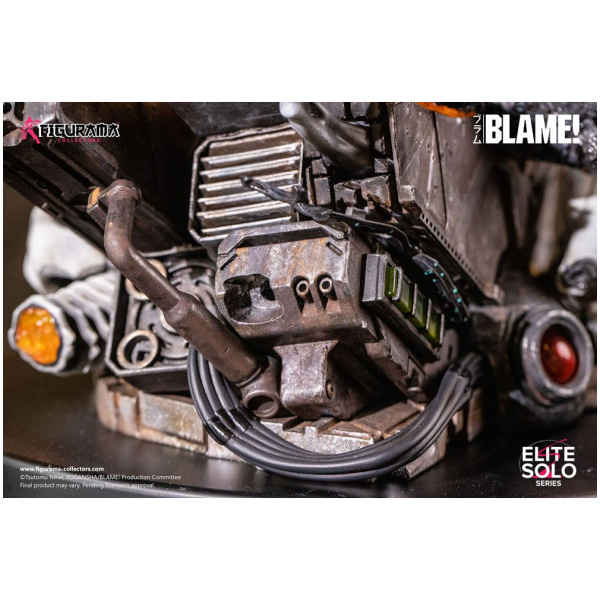 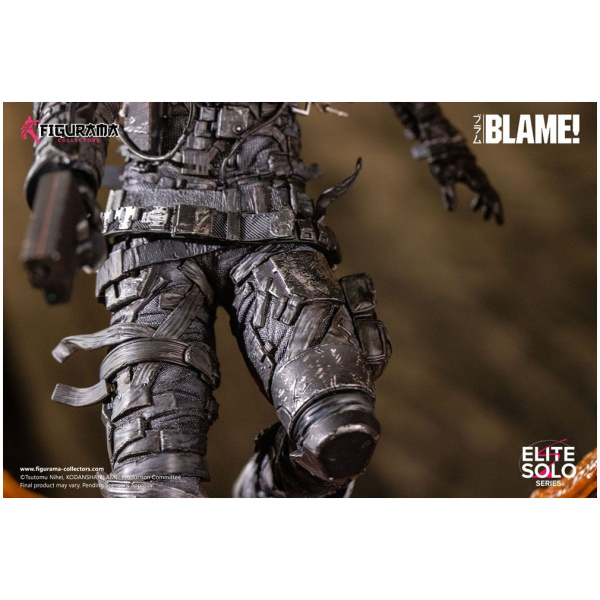 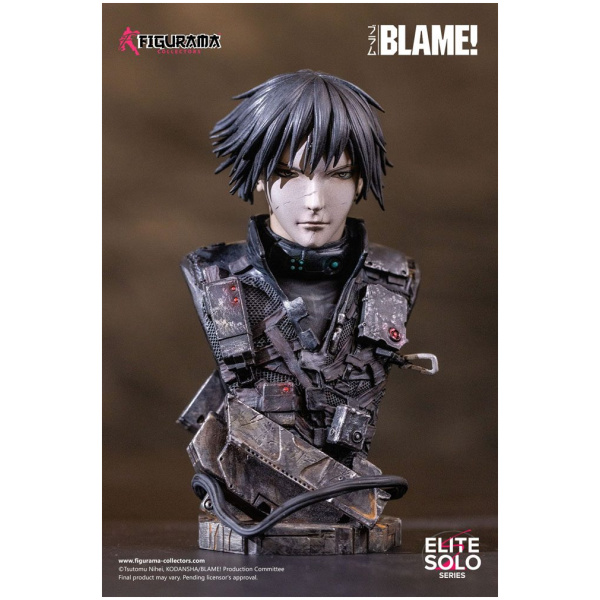 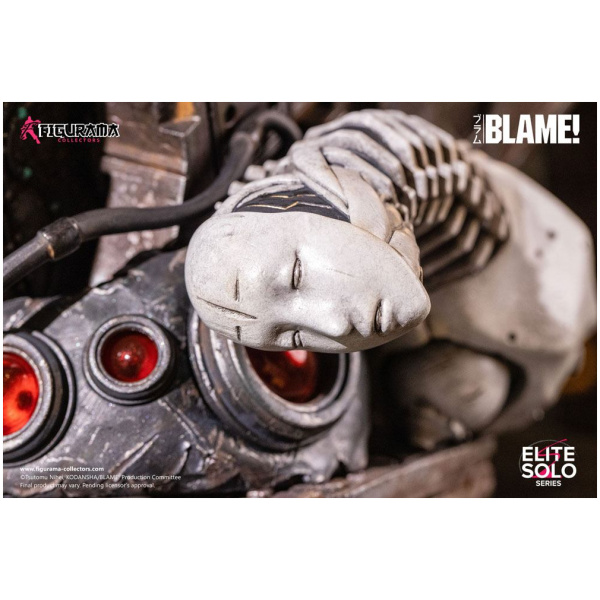 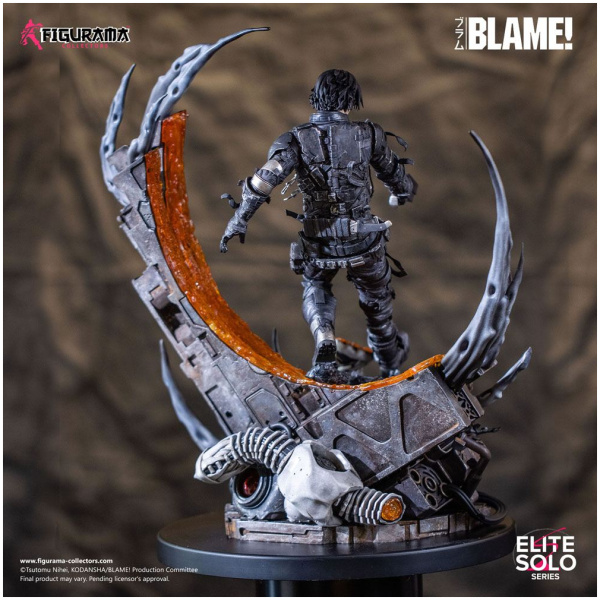 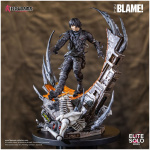 Figurama Collectors proudly presents Killy Elite Solo, the world’s first polystone statue based on Blame! and the first piece in the Elite Solo line. Two interchangeable portraits showcase Killy’s unique appearances from both the anime film and the original manga. Killy’s clothing is a cybernetic patchwork of intensely replicated details-dangling wires, mechanical parts, and futuristic textiles all held together by molecular tape from the countless times his body has been blown apart in battle.
Blasting a 70 km deep hole through the Megastructure with a single shot of his Gravitational Beam Emitter (GBE), Killy strides through the molten opening, still burning with steam and glowing LED effects. Interchangeable left and right arms bring Killy’s entire arsenal to life, allowing him to pose while firing or recoiling from his GBE blast or whipping out his Superstructure Blade to slice through the next wave of hostile robots.

The base pays homage to the award-winning work of architect-turned-artist, Tsutomu Nihei. Remnants of Safeguard Exterminators litter a network of steel structures, cords, and LED lighting that make up the City’s endless layers.