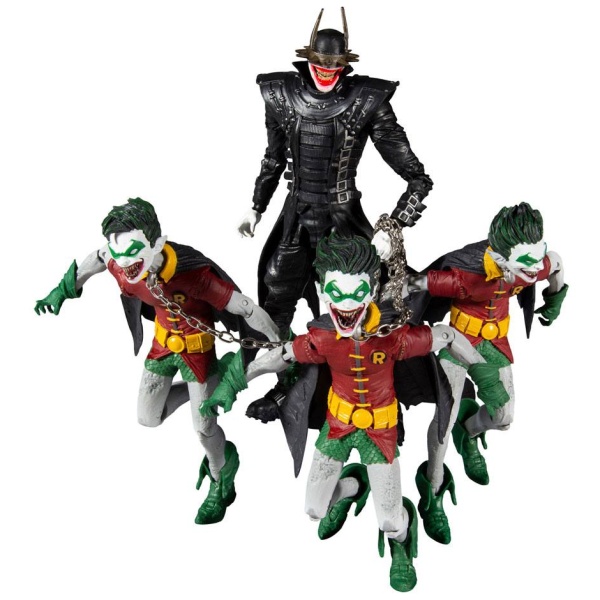 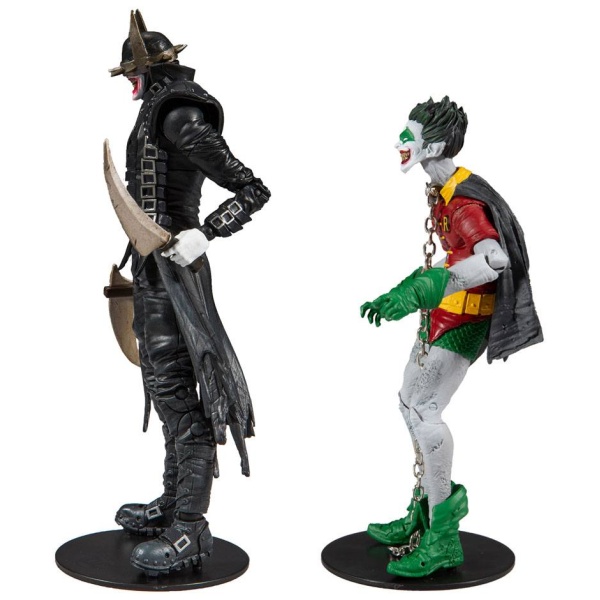 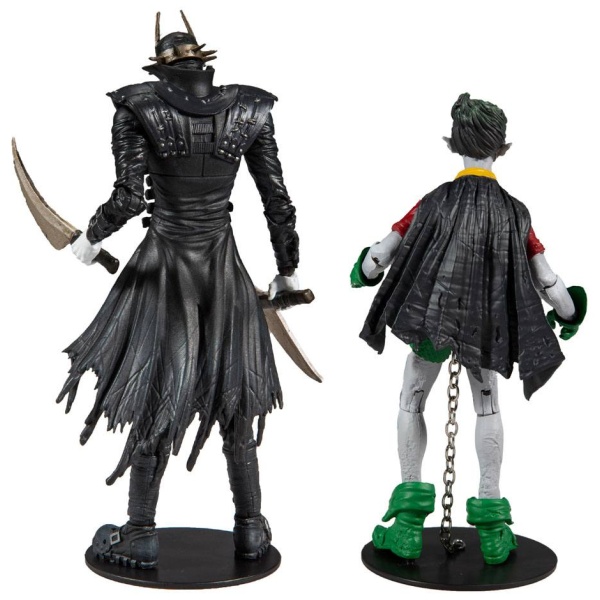 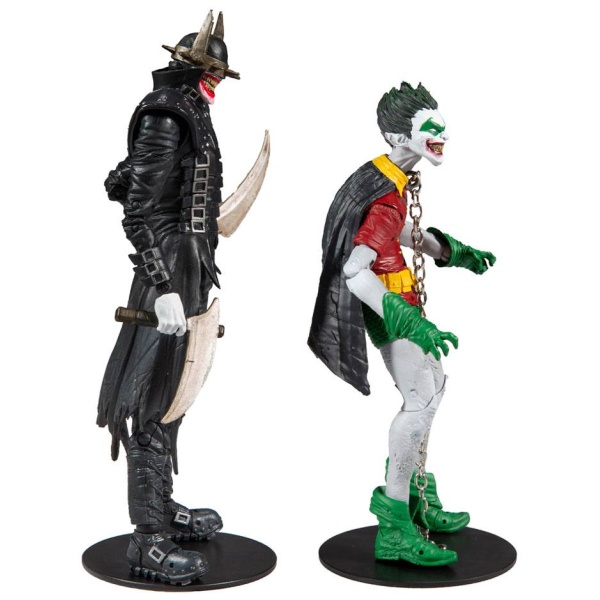 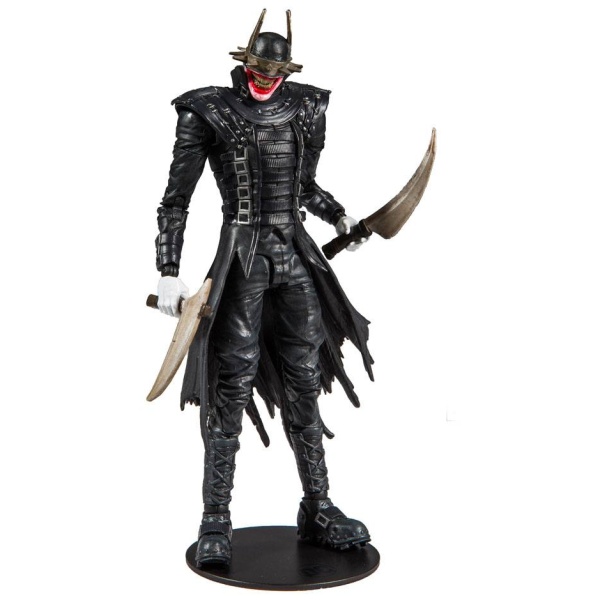 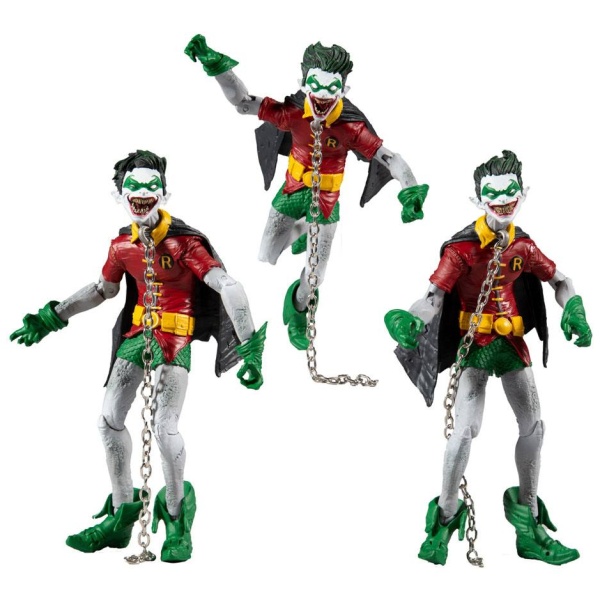 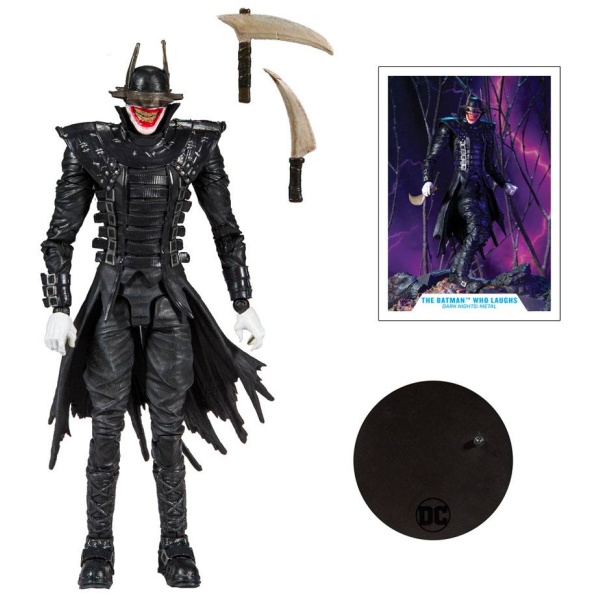 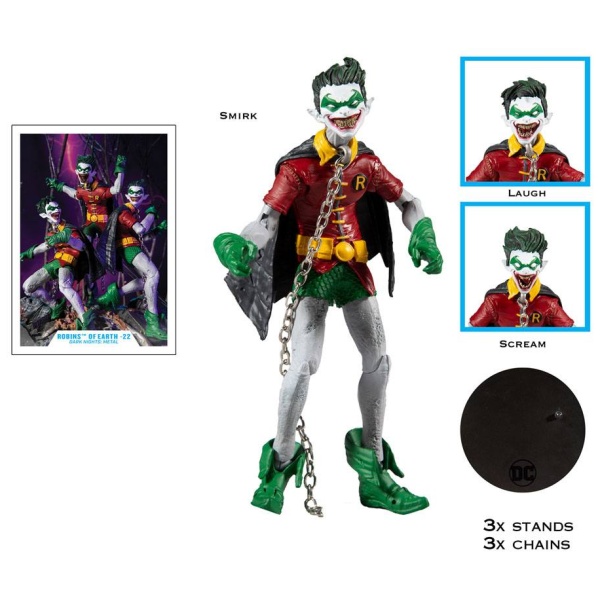 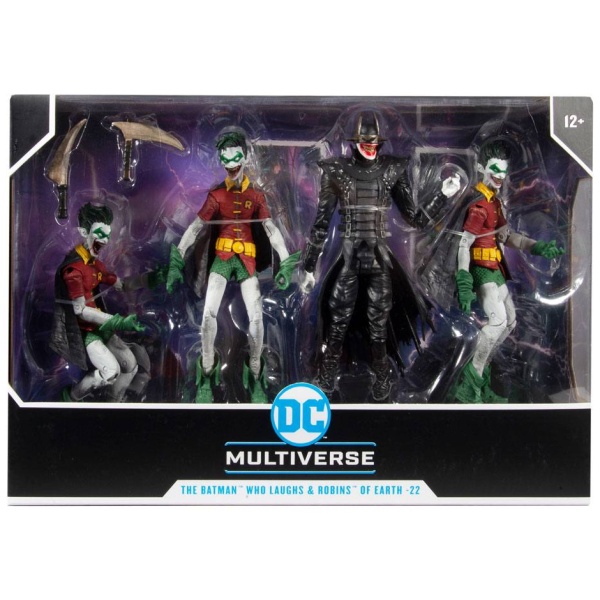 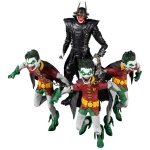 The Batman Who Laughs is a hybrid version of the Batman and The Joker from Earth -22. This twisted version of Batman was created when nano toxins from The Joker’s heart were released into Bruce Wayne’s bloodstream, causing the Dark Knight’s perfect mind to merge with the warped psyche of the Clown Prince of Crime.

The Robins of Earth -22 were infected by the absolutely nightmarish Batman Who Laughs to become his own band of twisted Robins. Kept on a chain-link leash, these sinister sidekicks follow the evil Dark Knight’s bidding, fighting tooth and claw to take down any enemy.

– Incredibly detailed 7″ scale figures based off the DC Multiverse
– Designed with Ultra Articulation with up to 22 moving parts for full range of posing and play
– The Batman Who Laughs and the Earth -22 Robins are based on their looks from the Dark Nights: Metal Comics
– Batman Who Laughs comes with 2 knives. All Three Robins have their own removable metal chain. Set includes 4 bases
– Included collectible art cards with figure photography on the front, and character biography on the back
– Collect all McFarlane Toys DC Multiverse Figures