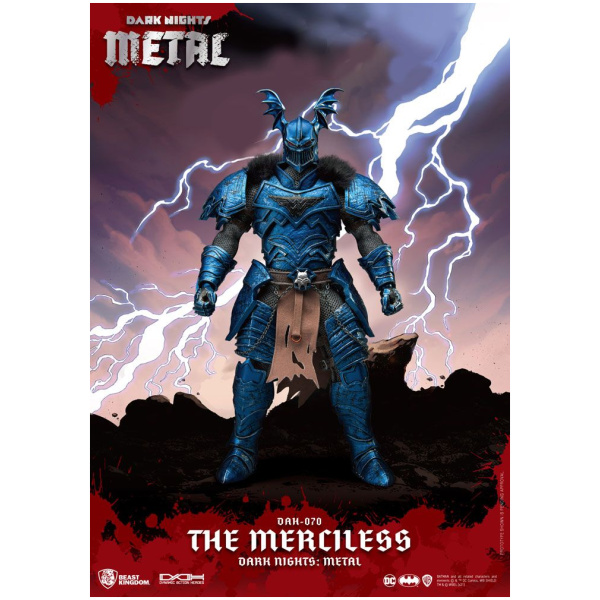 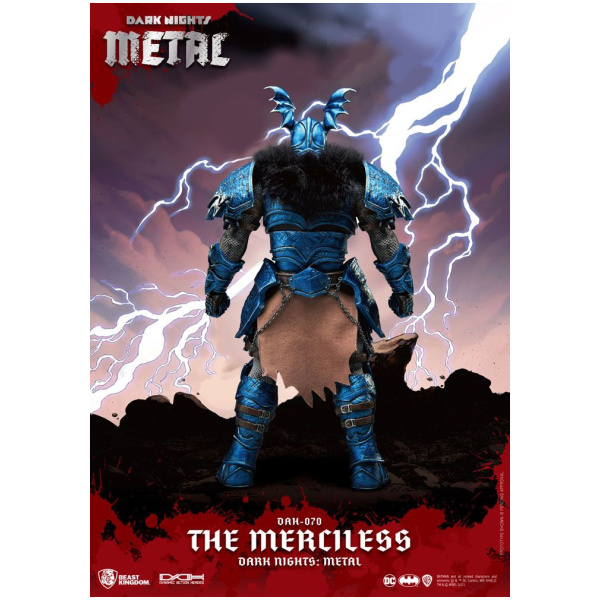 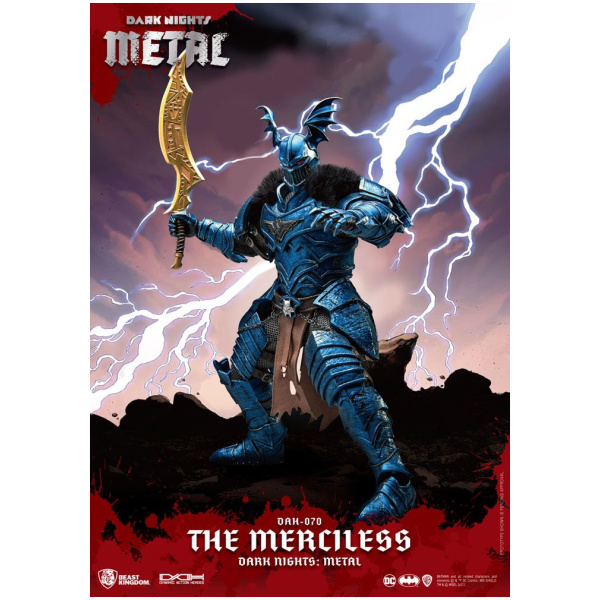 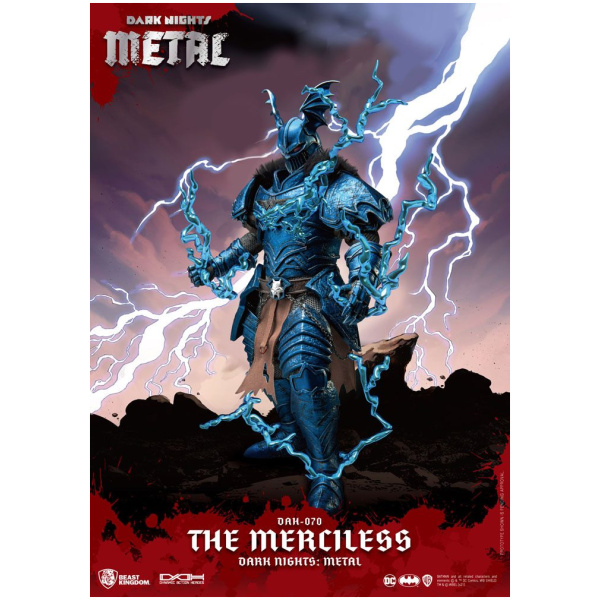 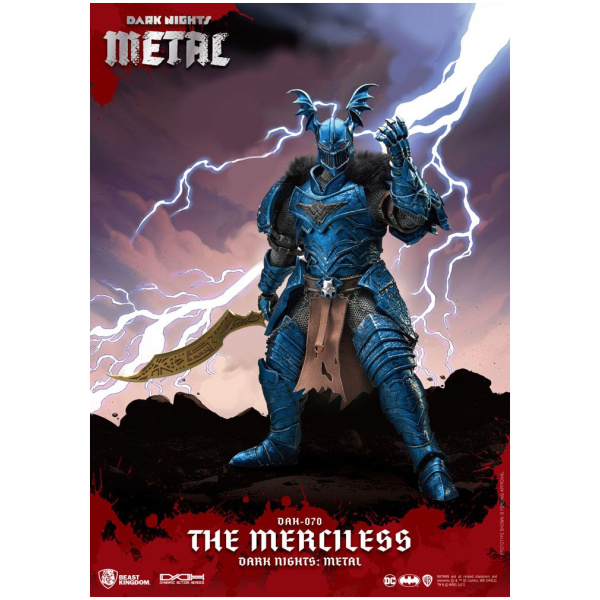 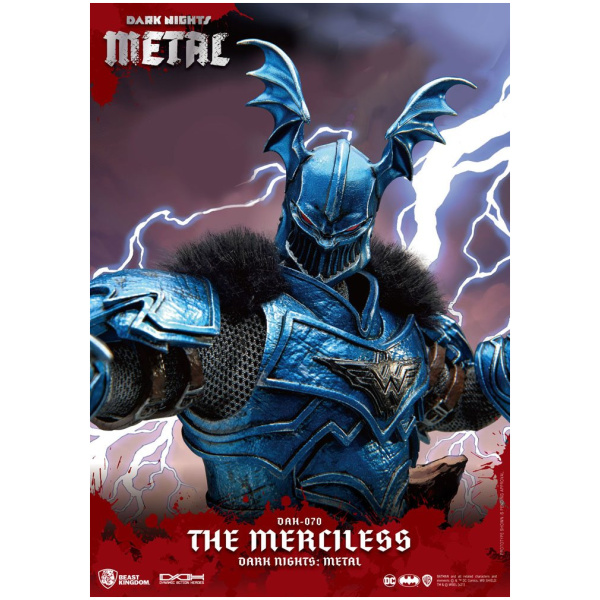 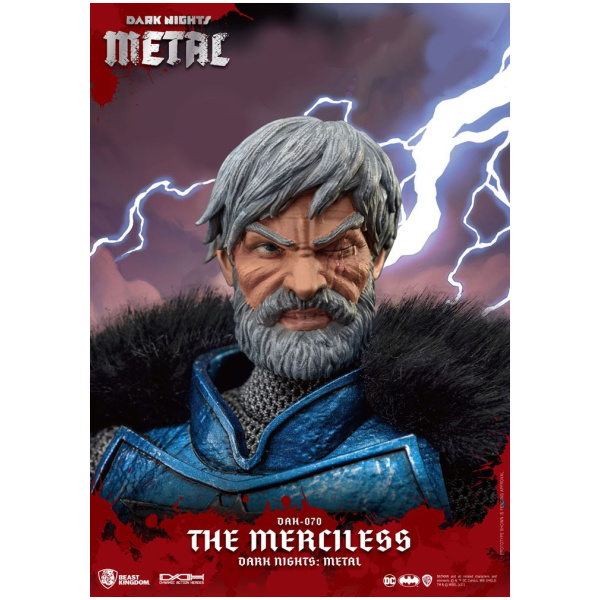 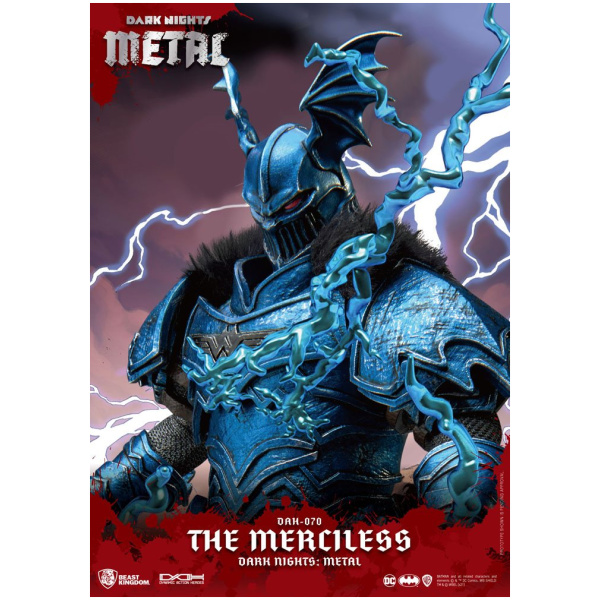 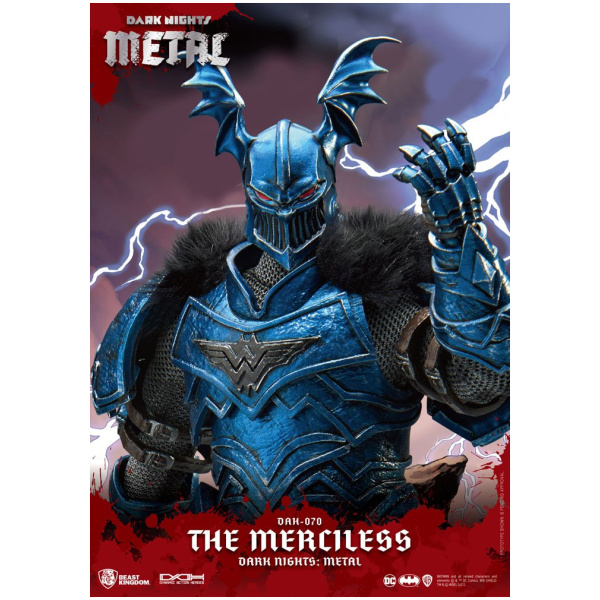 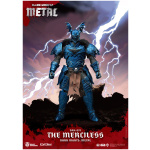 And now. I would finally take it for myself.

DC’s very own multiverse launched a series of otherworldly takes on our classic heroes! In 2017’s Batman Earth 12 the heroes of the DC universe launched a campaign to take on the mighty Greek God of War ‘Aries’! After his defeat, Batman took the mighty helmet of Aries for himself creating a new, powerful yet ruthless and corrupt anti-hero that decides to wage a ‘merciless’ war on the entire world!
Dubbed ‘Batman The Merciless’, no one stood in the front of his goal of world domination. With his trusted God Killer sword by his side and the power of Aries, this new character was the most formidable version of Batman ever seen!

Beast Kingdom’s(Dynamic 8action Heroes) series under the ‘Entertainment Experience Brand’ launches the latest DAH figure standing at an intimidating 20.5 cm in height. A detailed take on Batman The Merciless, every feature including the distinct blue armor and the Aries helmet with elongated bat wings and LED light-up eyes are accurately modeled!
Featuring a detailed painting process, the battle worn figure with ageing effects of Batman’s global war campaign are all meticulously recreated. Using real fabric underneath the metallic looking armor as well as the chain mail effects on the shoulders and thighs the figure reproduces the sharp and aggressive looking comic character!
The accessories include a set of lightning effects that can be modeled around the figure to show the god like powers, as well as the God Killer sword itself, which combined with the striking figure provides fans with many ways to pose Batman!
Finally what better way to show off the true identity of Batman The Merciless than with a replaceable head sculpt of the battered Bruce Wayne! Collectors can now recreate the many scenes where Bruce argues his cause to an unforgiving world!
So stock up on this set today, and bring the power of the gods to a desk near you!