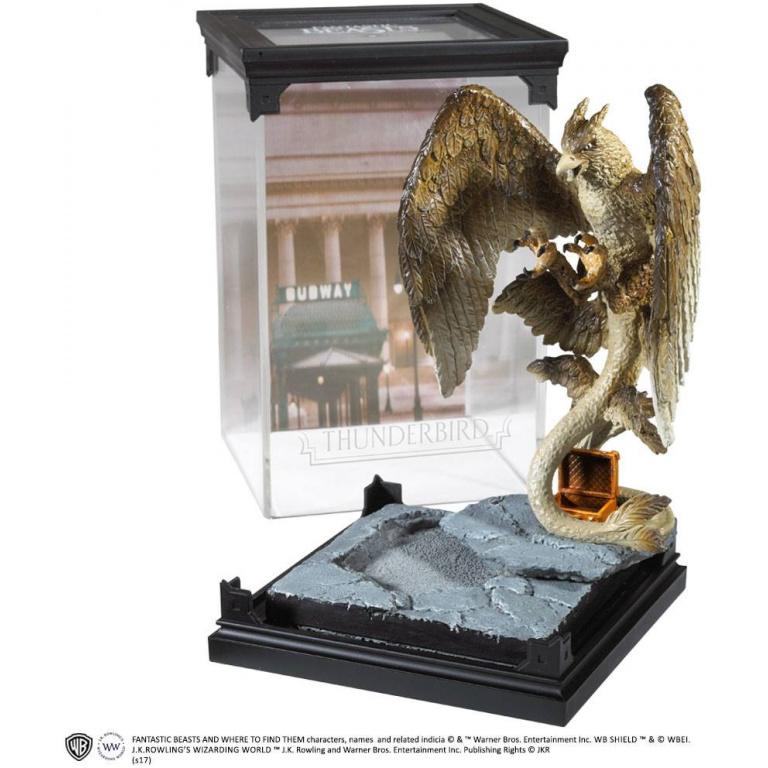 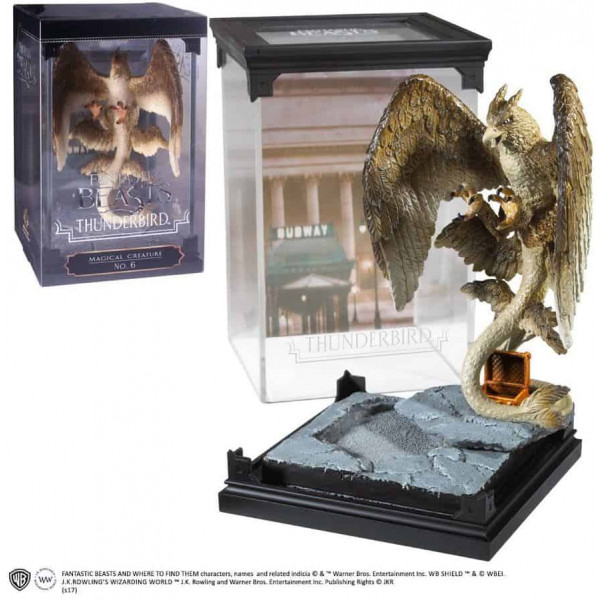 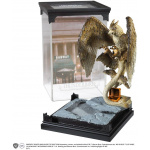 The Noble Collection are proud to announce a new range of Magical Creatures inspired by the Fantastic Beasts movie.

The Thunderbird is a large, avian creature native to North America, and most commonly found in Arizona in the southwestern United States and is a close relative of the Phoenix. The Thunderbird can create storms as it flies that bring life-giving rains to the deserts and it is highly sensitive to danger. In late 1927, Madam Seraphina Picquery, then-President of MACUSA, declared the Thunderbird a protected species.