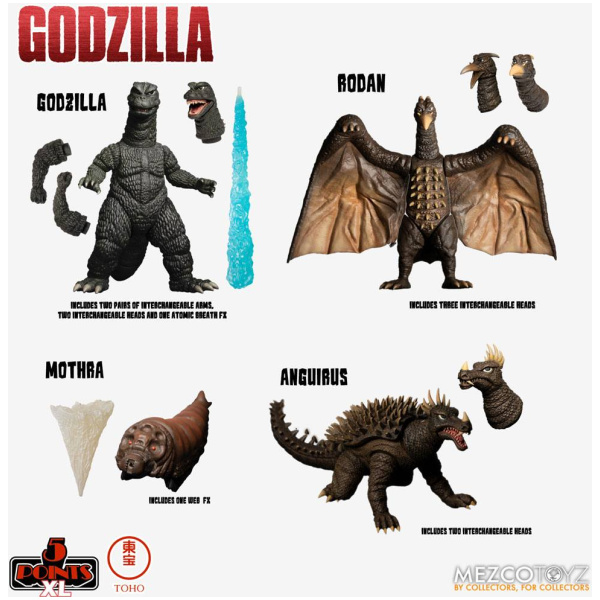 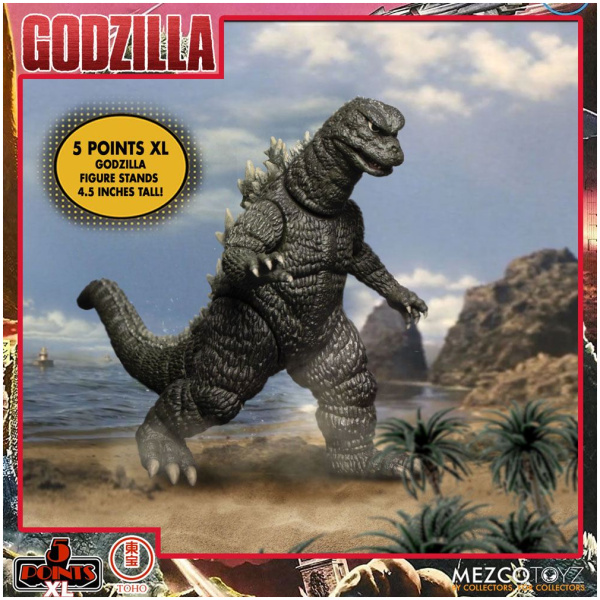 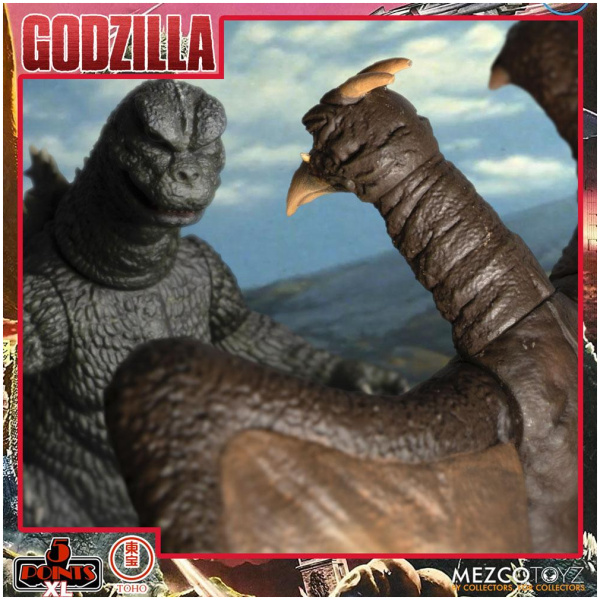 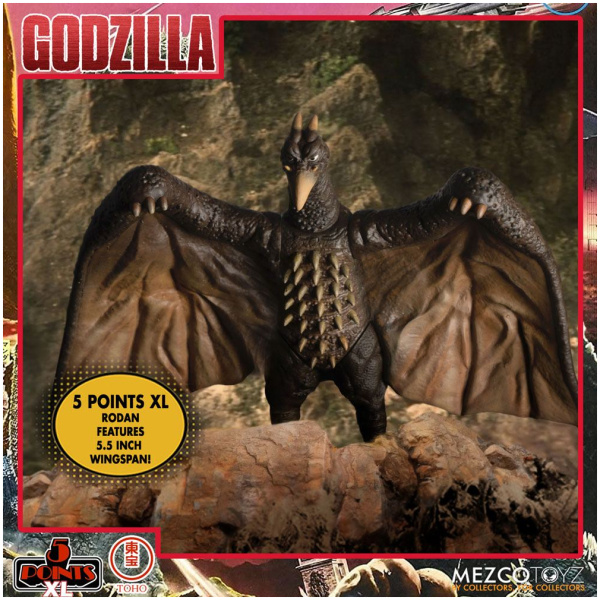 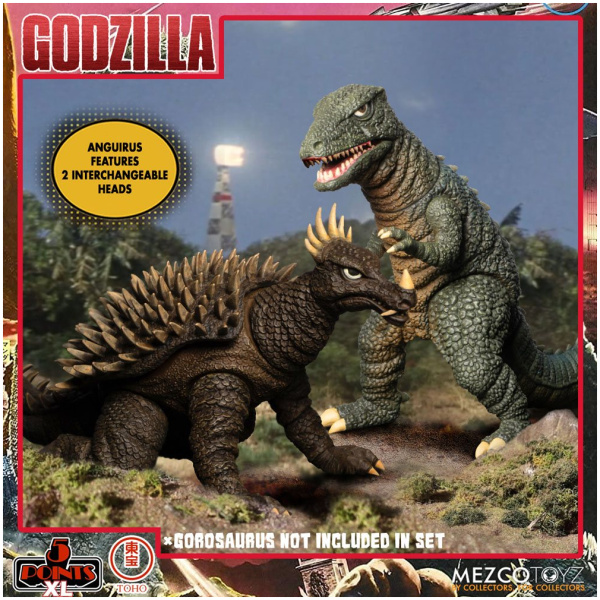 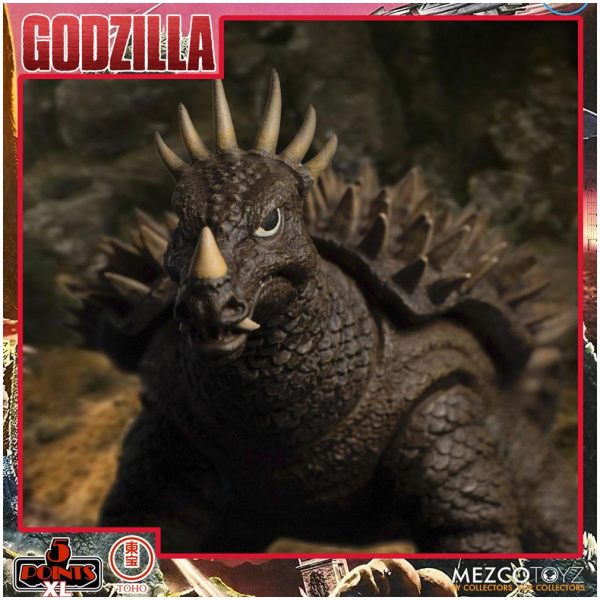 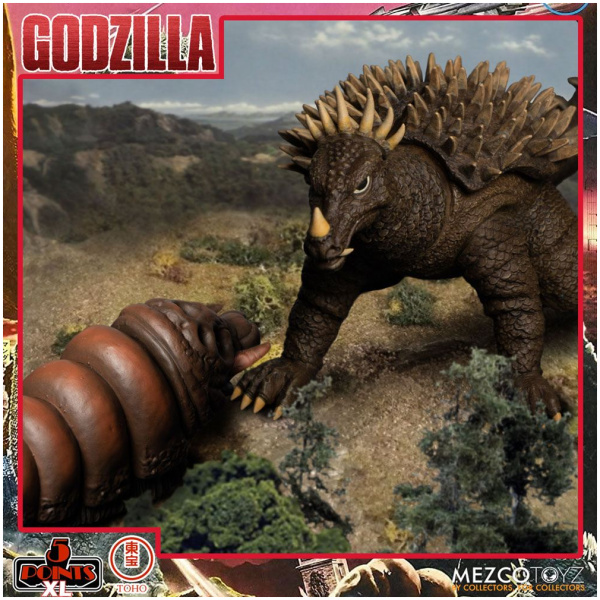 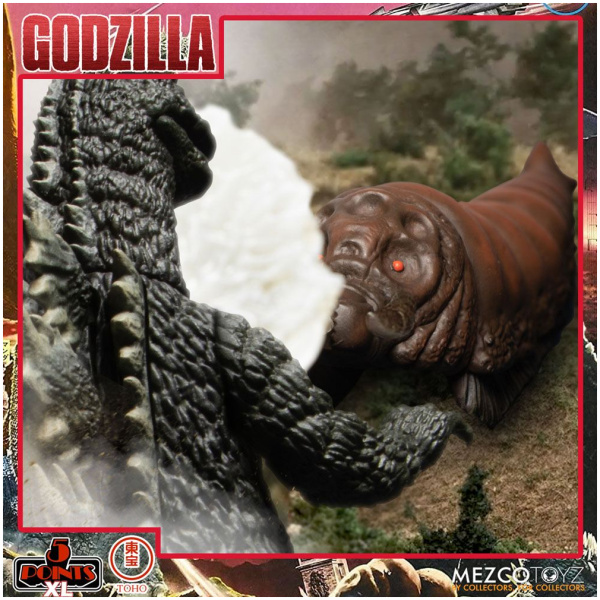 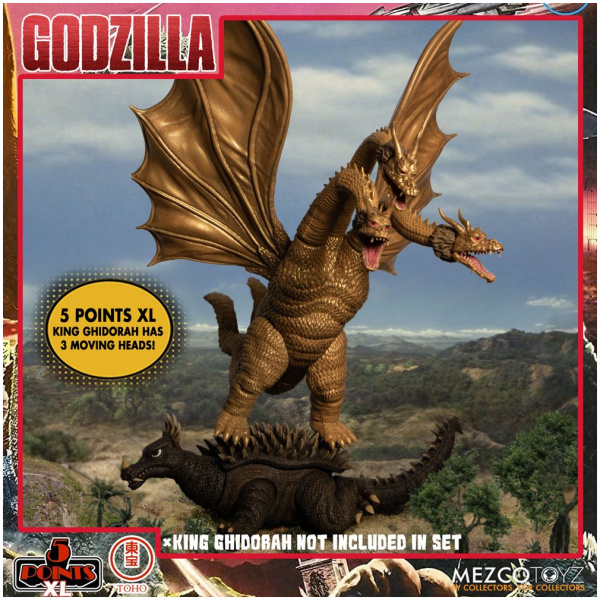 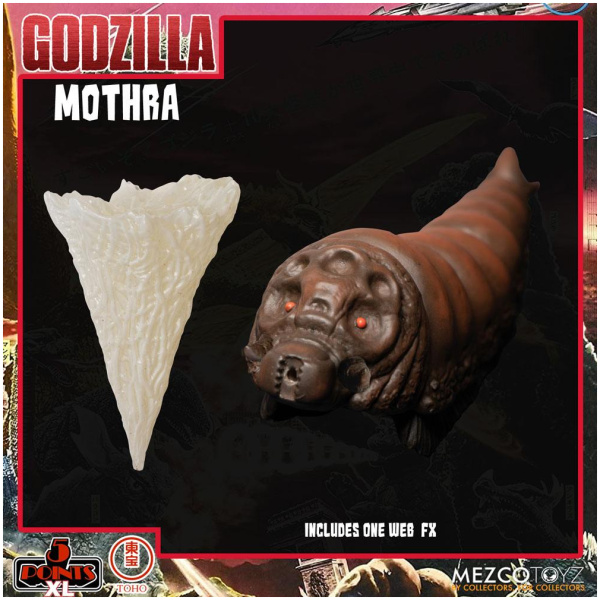 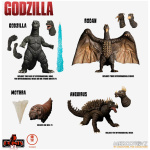 5 Points XL – a colossal addition to our nostalgic 5 Points line with the same fan-fueled fun, but bigger! …It’s a little bit of a big deal.
The monsters are in revolt…and the world is on the brink of destruction!
Inspired by the 1968 film, this colossal crate of kaiju can barely contain the beasts of Monsterland – Godzilla, Mothra, Anguirus, and Rodan!
THE 5 POINTS XL GODZILLA DESTROY ALL MONSTERS (1968): ROUND 1 SET INCLUDES:
Godzilla – King of the Monsters! Godzilla comes with a pair of alternate arms, an alternate head portrait, and his signature atomic breath FX that attaches to one of his head portraits.
Mothra – The giant moth goddess is depicted in her larval stage. Mothra comes with a web FX that attaches to her mouth.
Anguirus – Friend or foe? This five-brained burrowing Kaiju comes with an alternate closed-mouth head portrait.
Rodan – Irradiated Pteranodon and flying menace! Rodan comes with an alternate closed-mouth head portrait.

5 Points XL Godzilla: Destroy All Monsters (1968) – Round 1 Boxed set is packaged in a collector-friendly box, designed with collectors in mind.