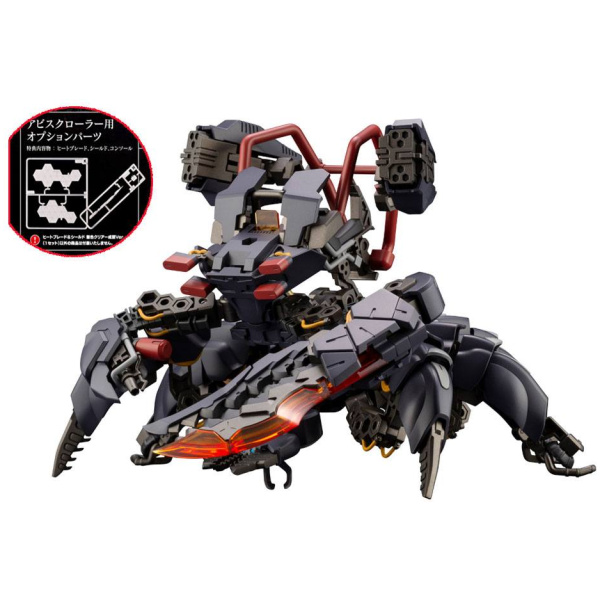 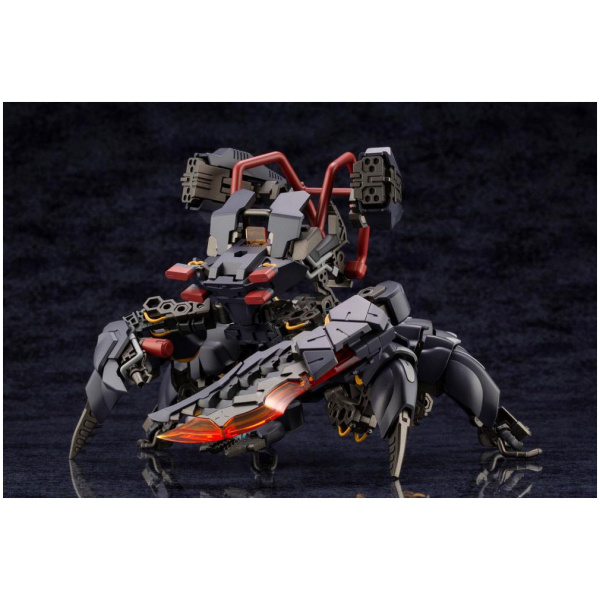 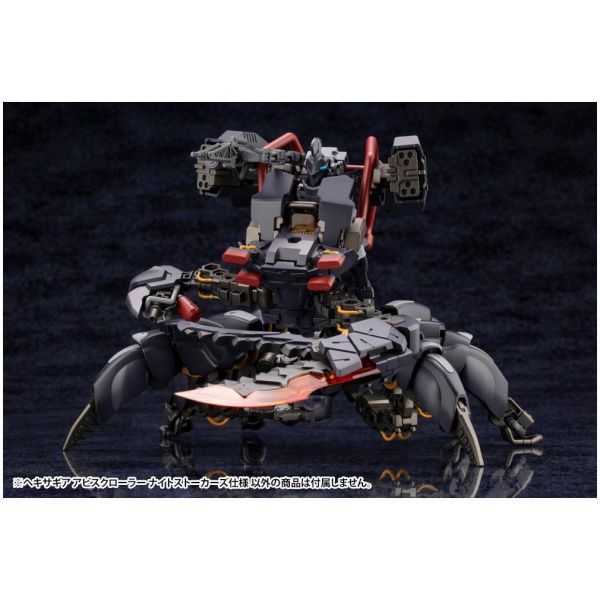 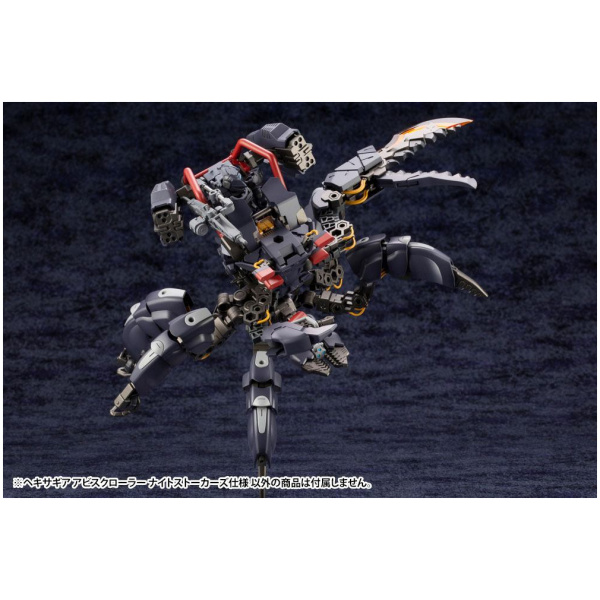 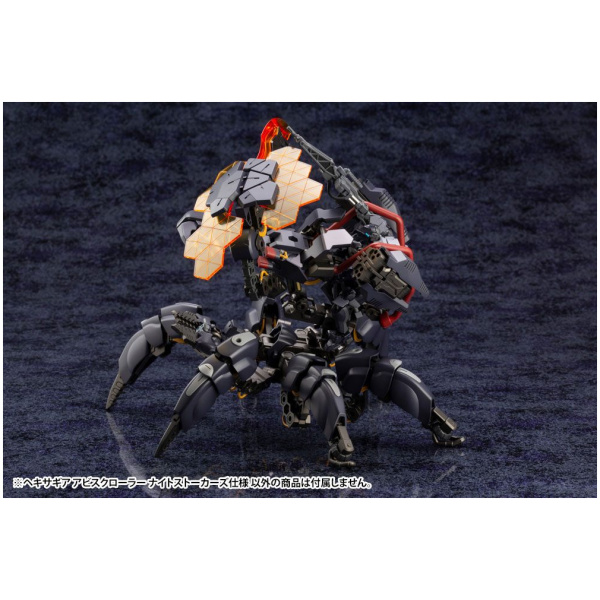 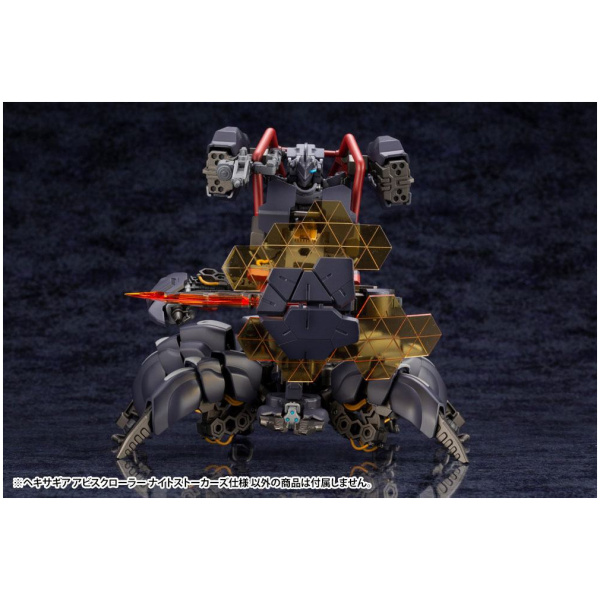 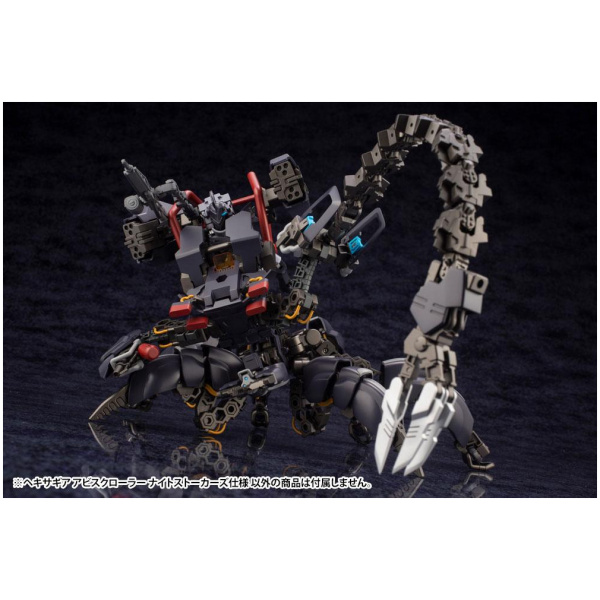 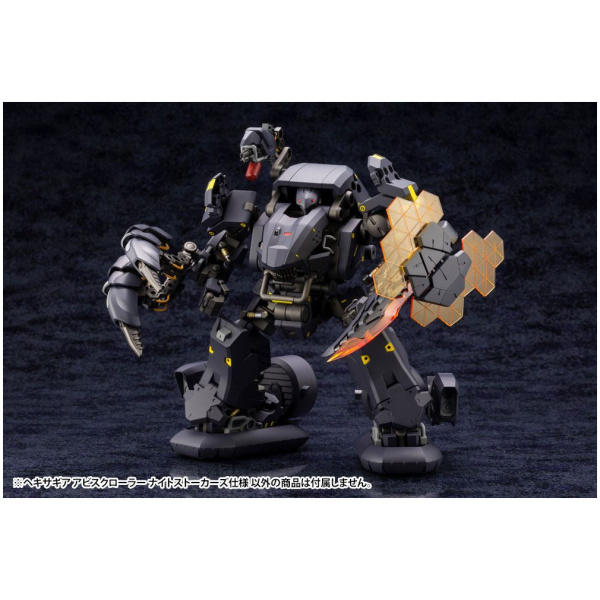 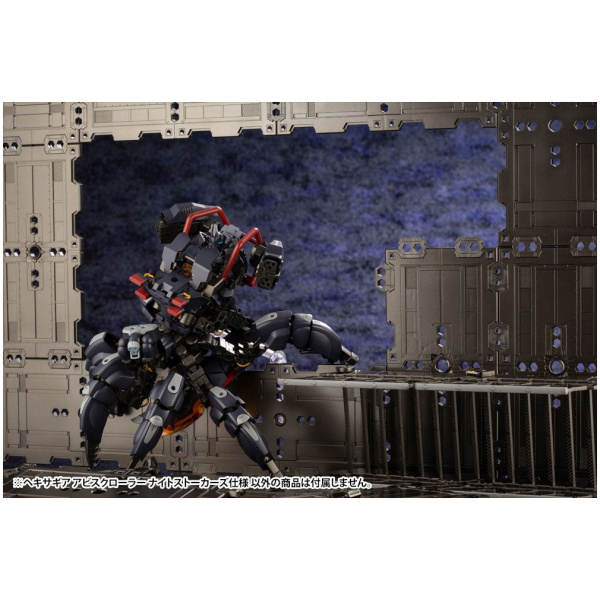 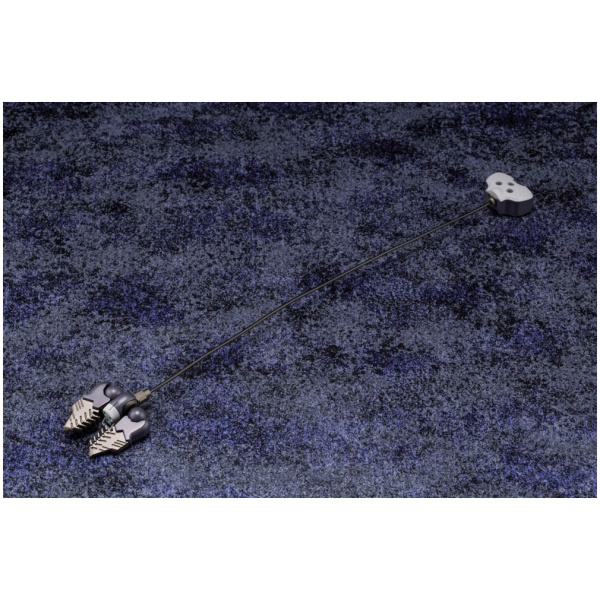 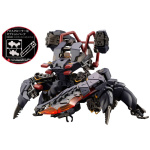 – The model and armor parts are of a black coloration similar to LORD IMPULSE and BULKARMß “LUMBERJACK” making it easy to assemble without painting.
– The model system can convert between “Formation 1” which emphasizes combat, or “Formation 2,” which emphasizes mobility.
– The effect parts for the ICS equipped to the Biting Scissors on the left arm are detachable.
– The ICS effect parts are made of clear orange plastic, giving the model a unique and realistic appearance.
– The Biting Scissors on the left arm can be opened and closed to create a variety of battle poses.
– The secondary “Head Anchor” can be displayed in a variety of configurations.
– The roll bars on the skid units on the legs can be opened and closed.
– A separately sold Governor unit can be loaded in the model’s cockpit.