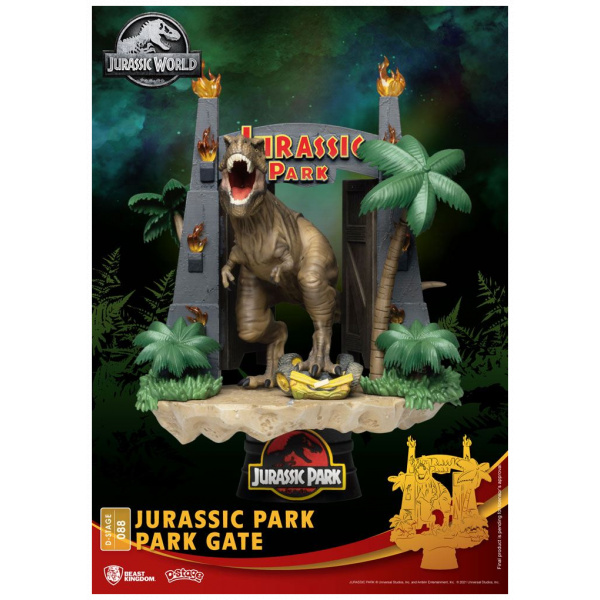 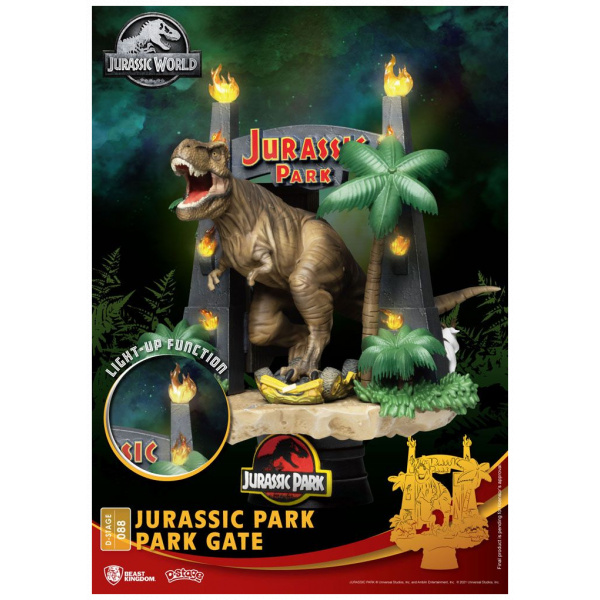 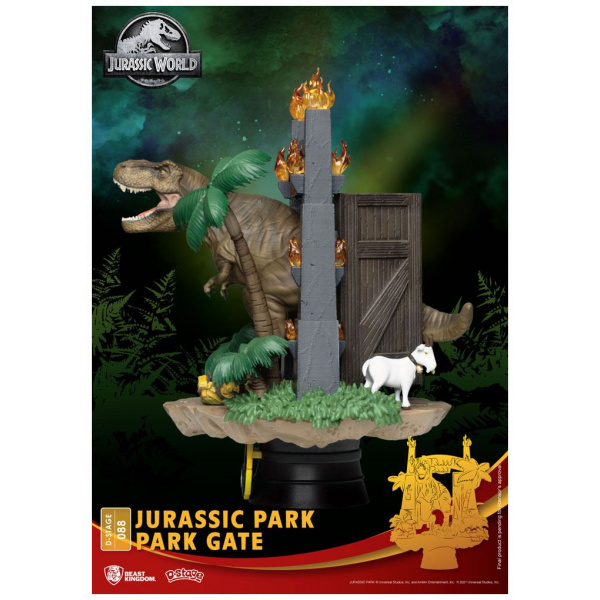 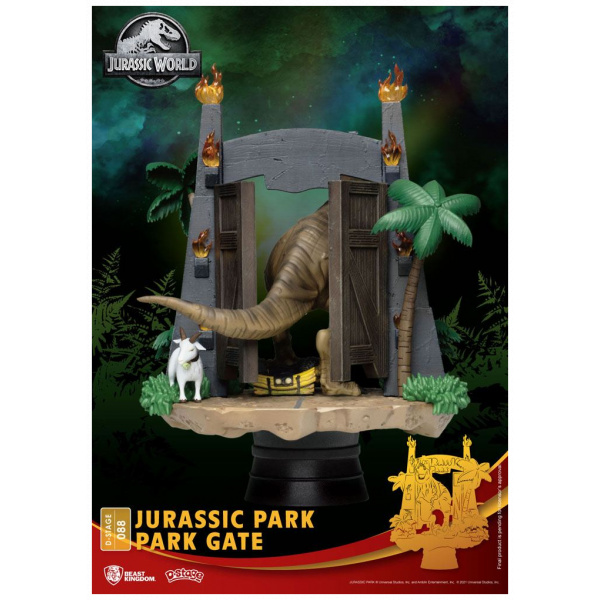 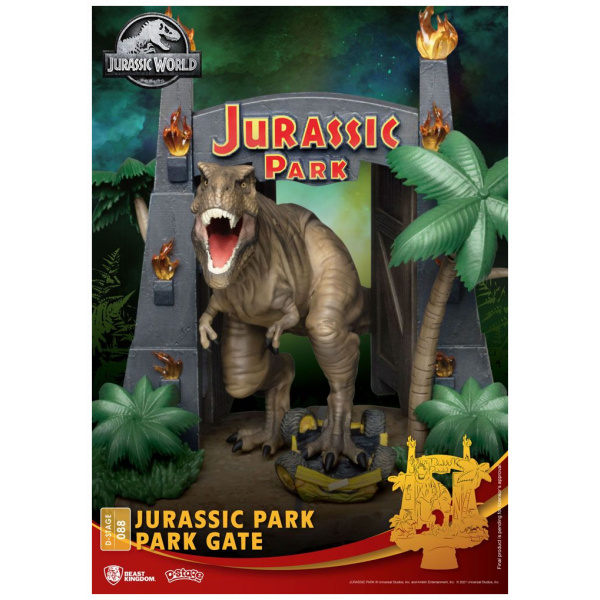 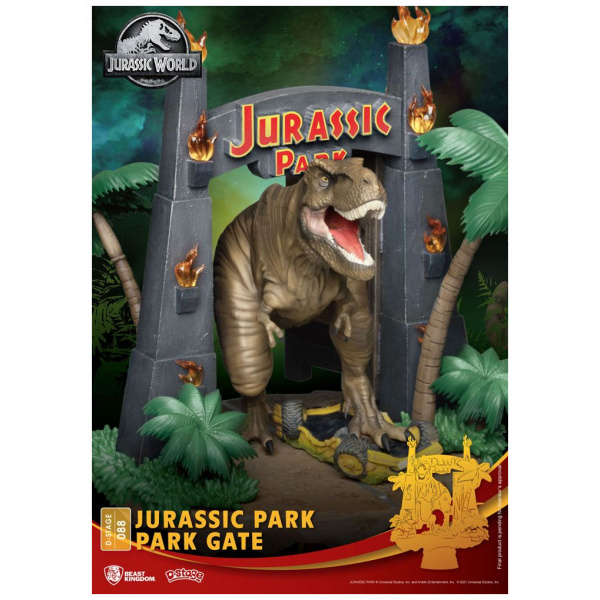 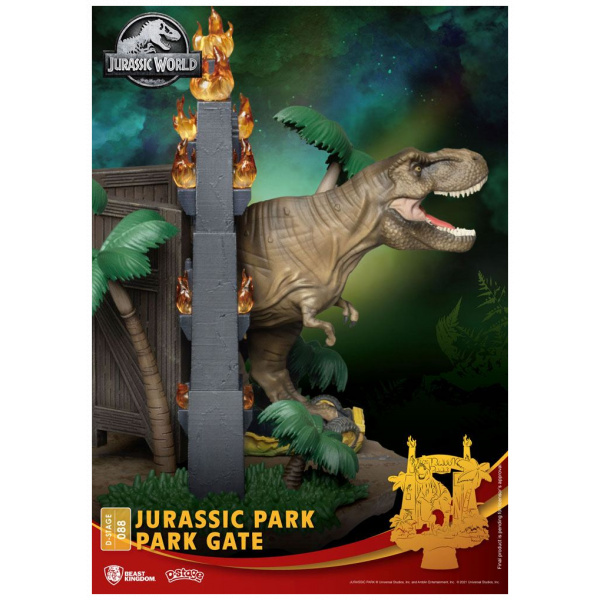 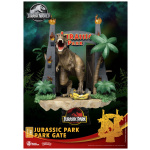 Beast Kingdom is proud to present a new addition to the D-Stage series, the Jurassic Park Gate. The classic T-Rex logo from the first movie is reproduced on the gate and surrounded by the “ancient” scenes of the park. To bring back the excitement for all of the dinosaur fans, there is the biggest carnivore on land, Tyrannosaurus Rex. With its incredibly strong body and seemingly countless razor teeth, no creature can easily escape a T-Rex in pursuit. A goat stands in back to draw the hungry T-Rex out of hiding. Can you safely escape the hunt of the T-Rex? This is a classic collectible that dinosaur fans must not miss!

**All the flame effects on the park gates have a light-up function, faithfully restoring the scenes in the movie**