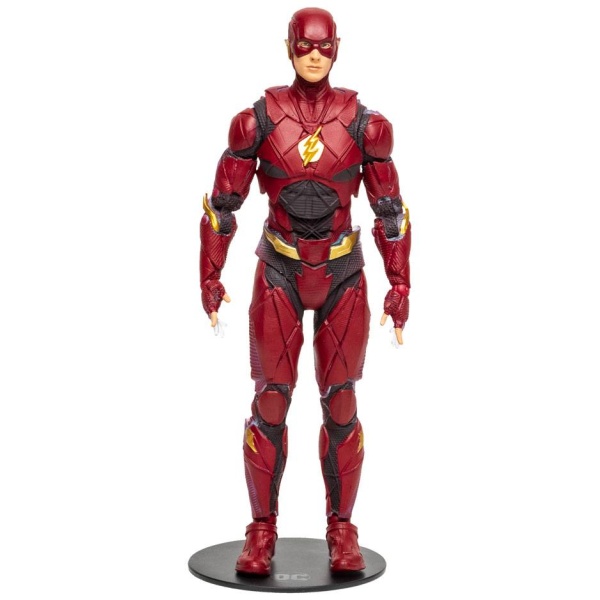 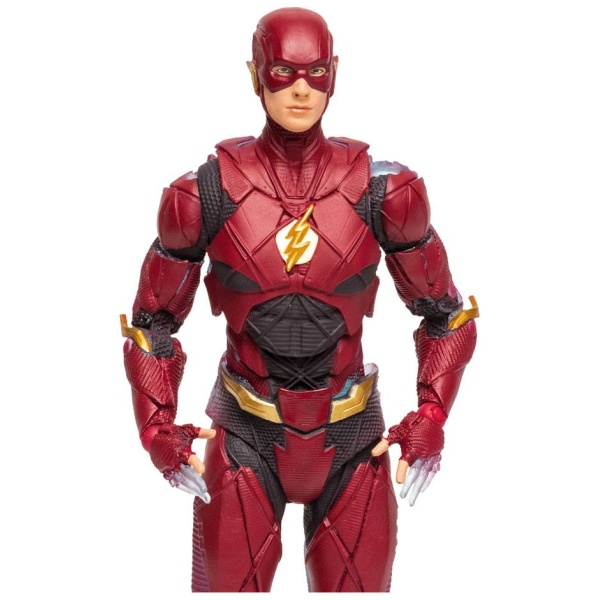 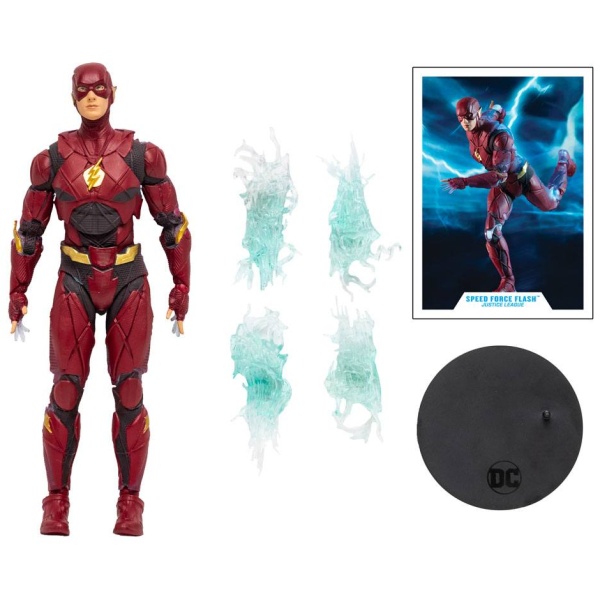 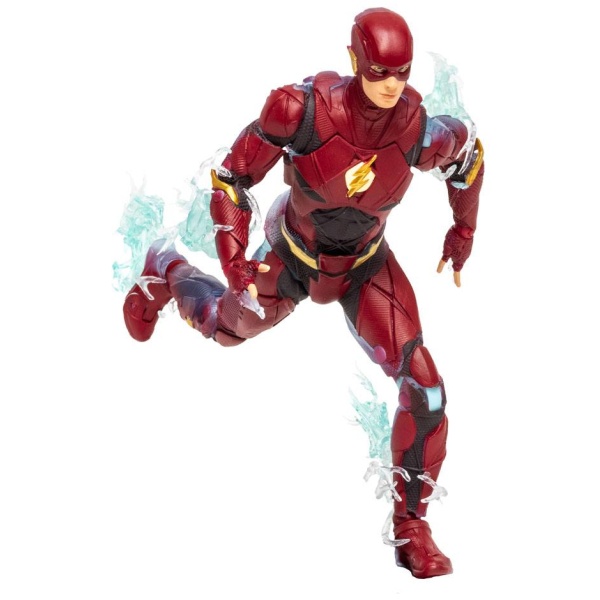 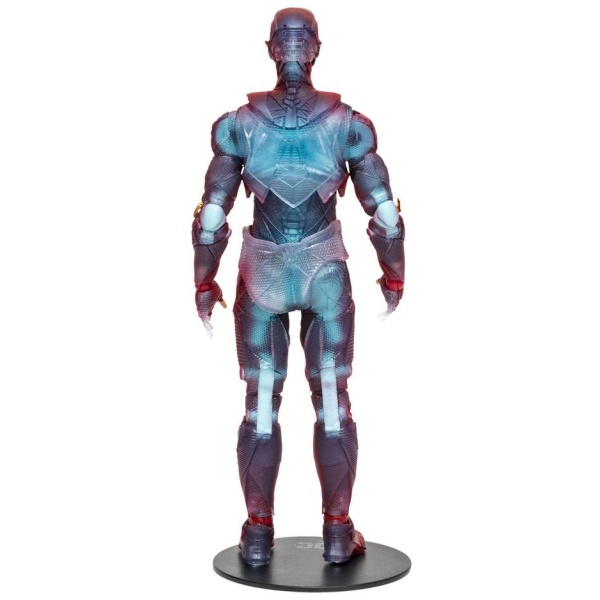 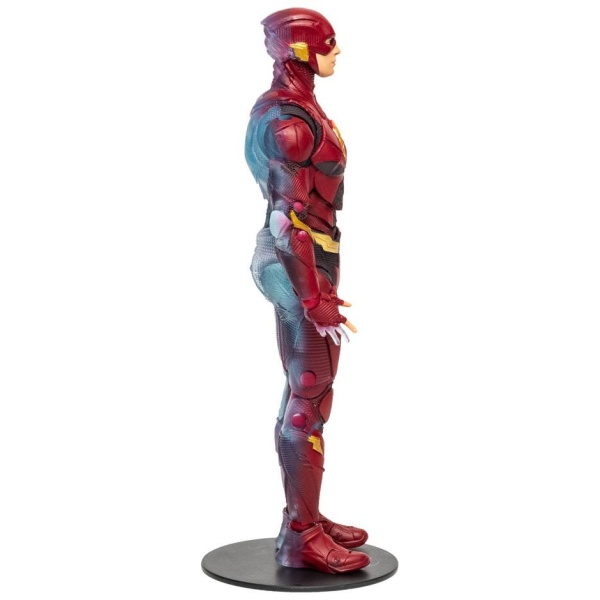 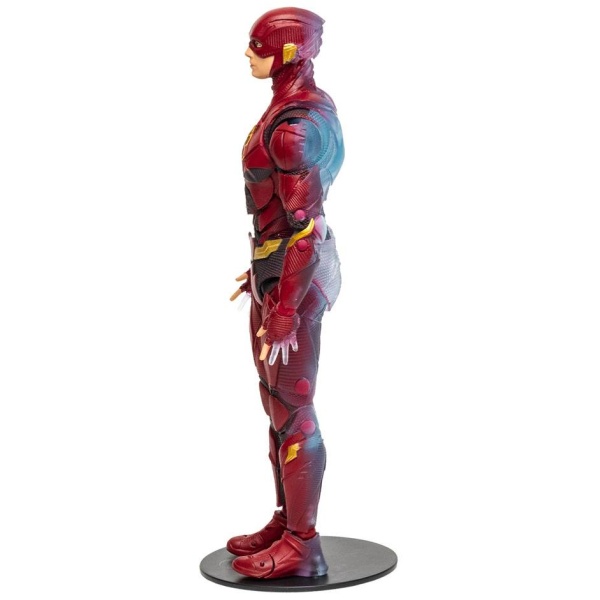 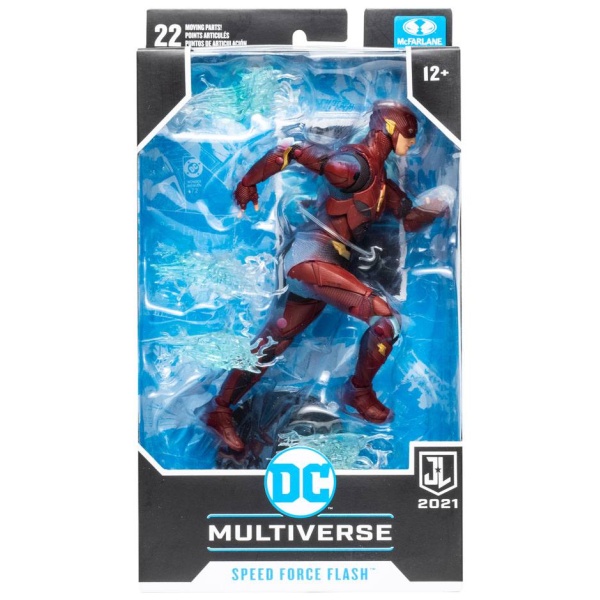 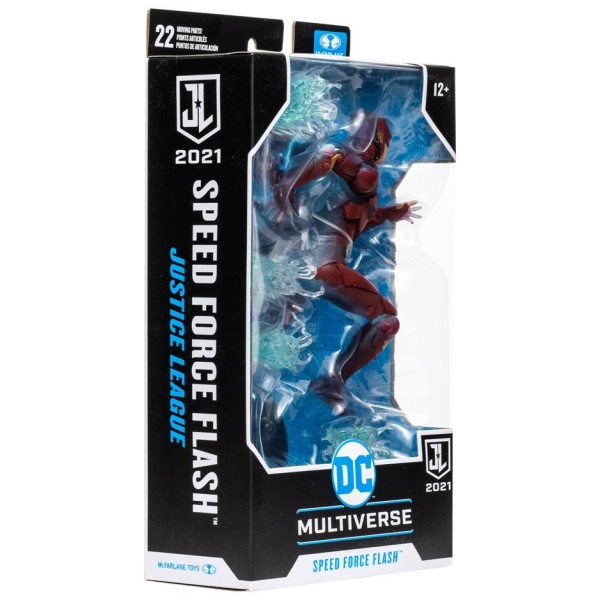 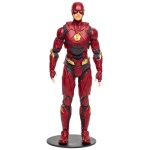 Barry Allen is an excessively energetic student attending Central City College, where he studies criminal justice with the hope of one day freeing his incarcerated father. More than eager to team up with crime fighting icon Batman, Barry’s remarkably quick wit is surpassed only by his ability to move at hyper-speed.

– Incredibly detailed 7″ scale figure based off the DC Multiverse
– Designed with Ultra Articulation with up to 22 moving parts for full range of posing and play
– Figure is featured in half clear blue injection and fades to his suit to mimic the look of The Flash running through the Speed Force
– The Flash includes four speed force lightning pieces, and a base
– Included collectible art card with figure photography on the front, and character biography on the back
– Collect all McFarlane Toys DC Multiverse Figures