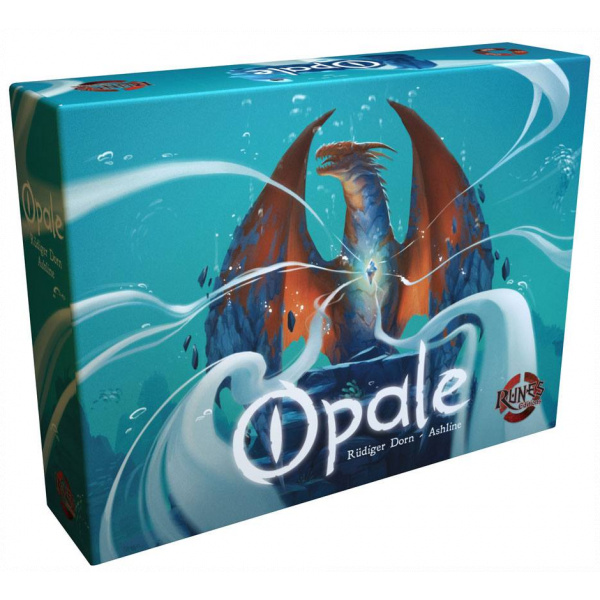 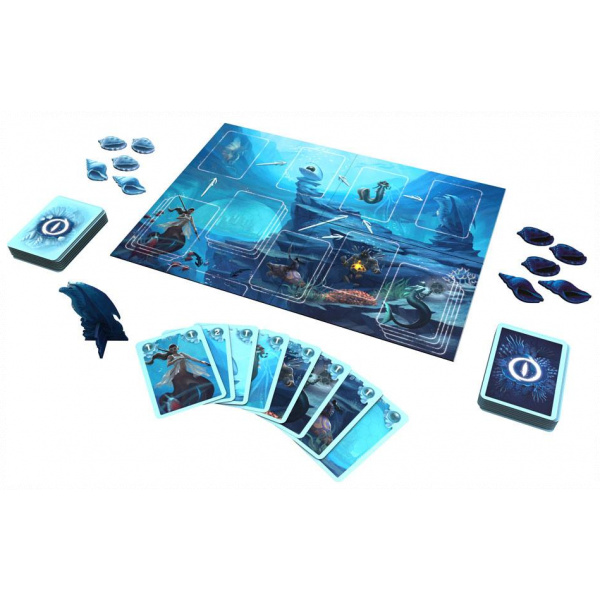 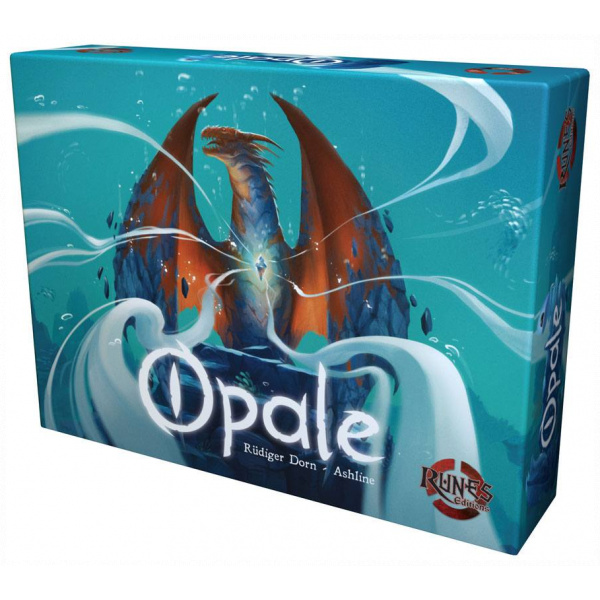 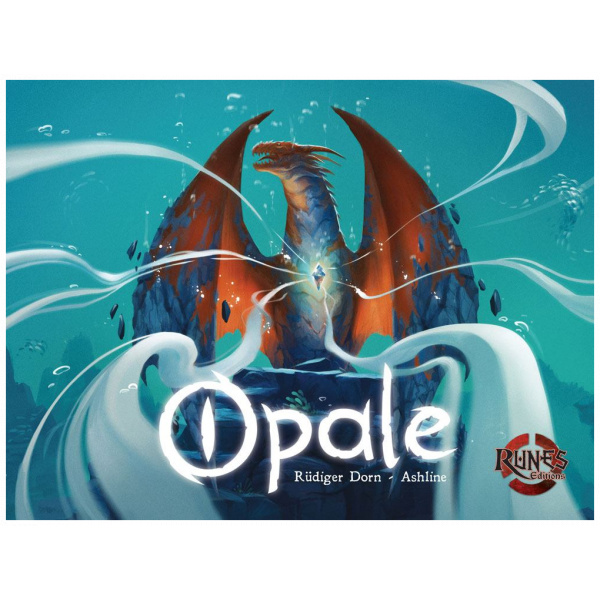 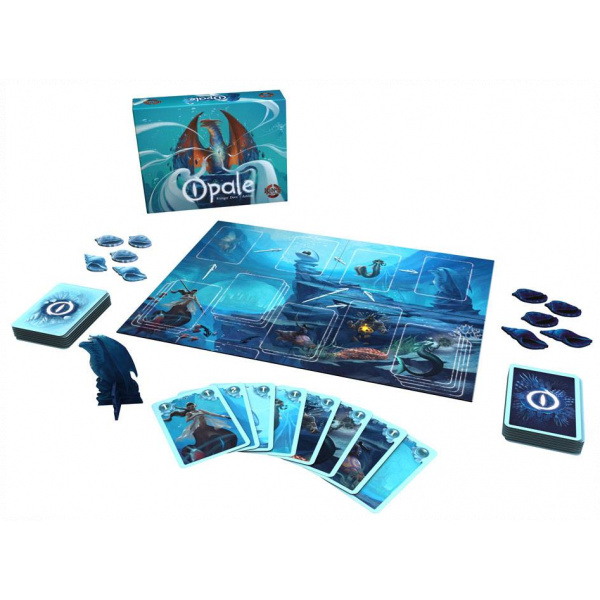 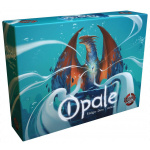 The maleficent witch has trapped Azura, the giant dragon and guardian of the Kingdom of Atlea, in stone with the help of the Opale.

Without protection, the kingdom is on the verge of war. The insurgents, creatures of darkness, are difficult for the Atlea’s guardians and emissaries to repel. As a disciple of the giant dragon, you must enter the conflict to awaken Azura.

Opale is a fast and addictive game for two players. Play your cards at the right moment to score more points and change the destiny of the Kingdom of Atlea. On a turn, a player plays one or more cards with the same motif, then refills his hand to five cards. The cards are always played onto the part of the game board that has the same motif. By laying out cards, a player collects point cards that are already present.

Opale is the new edition of Dragonheart, with two variants from the designer.