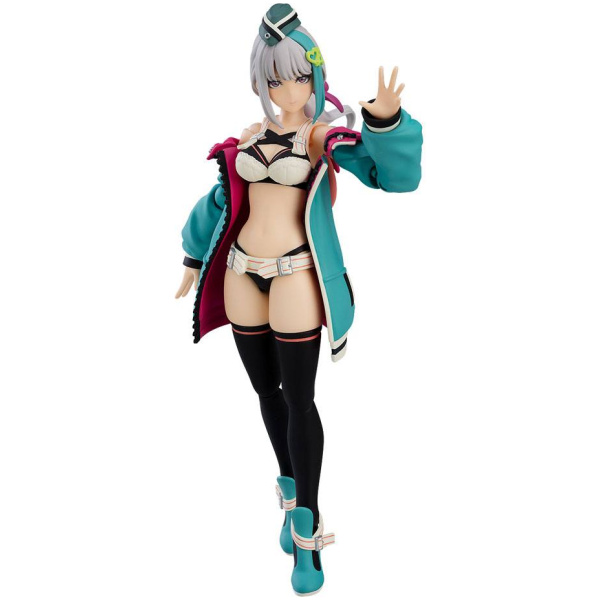 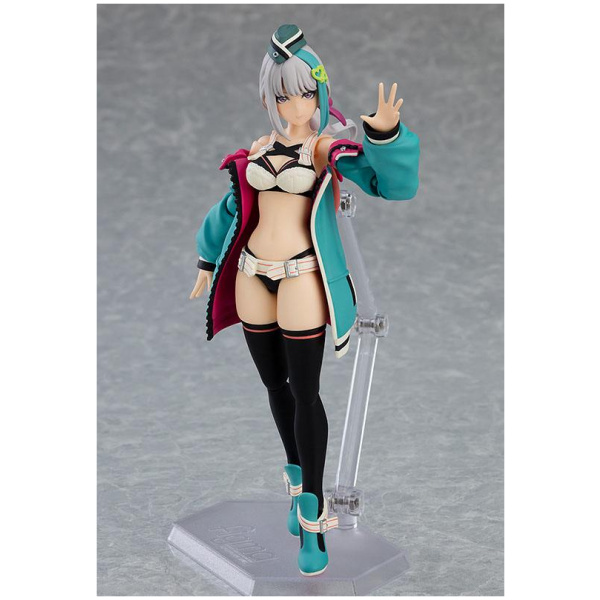 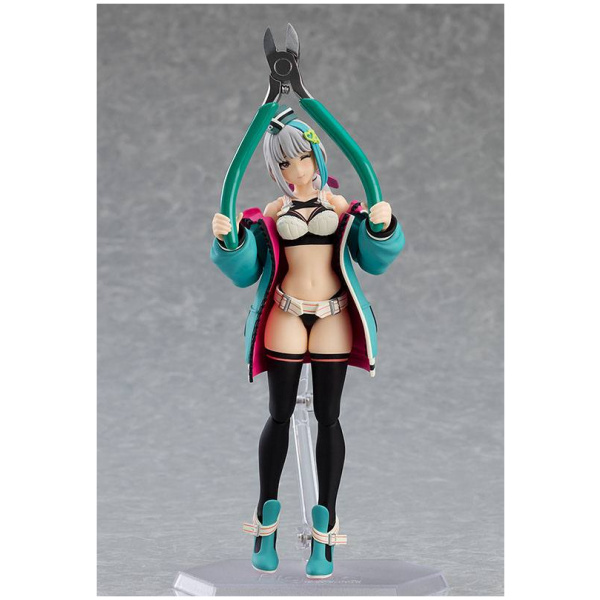 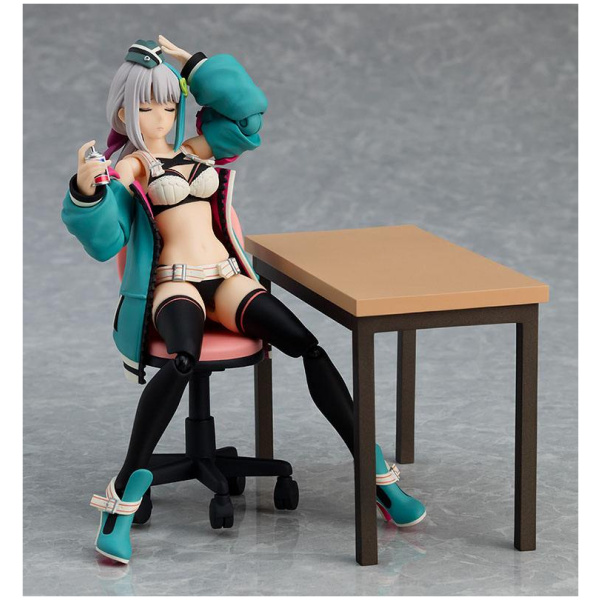 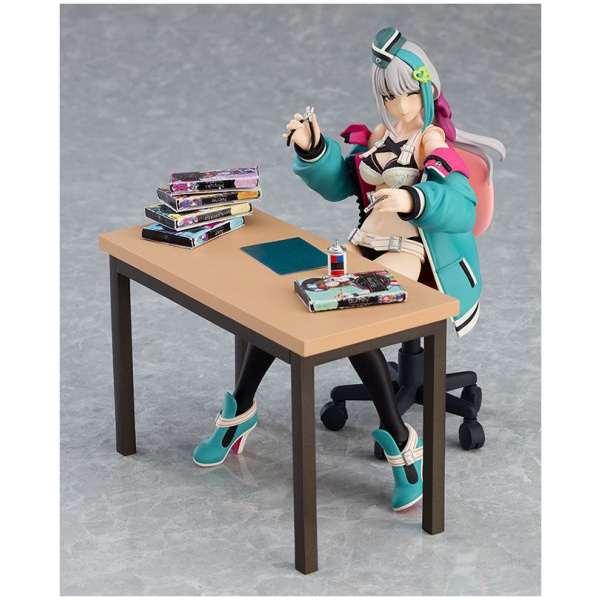 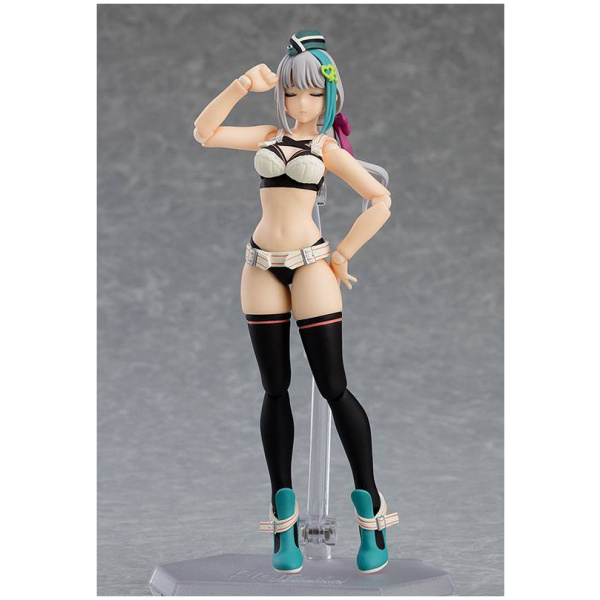 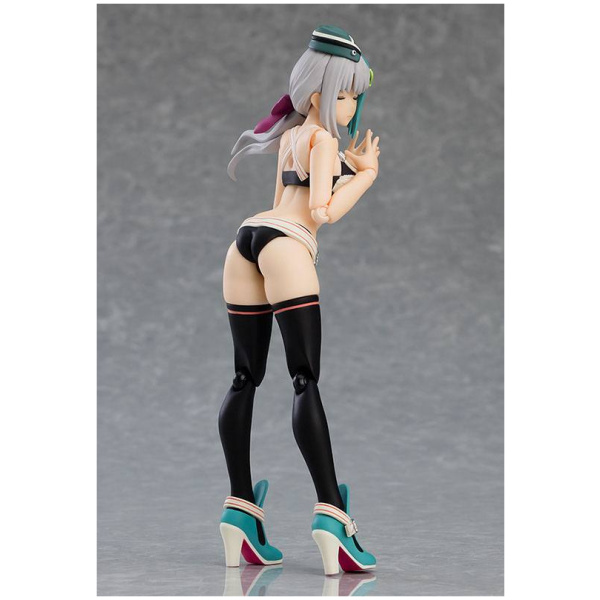 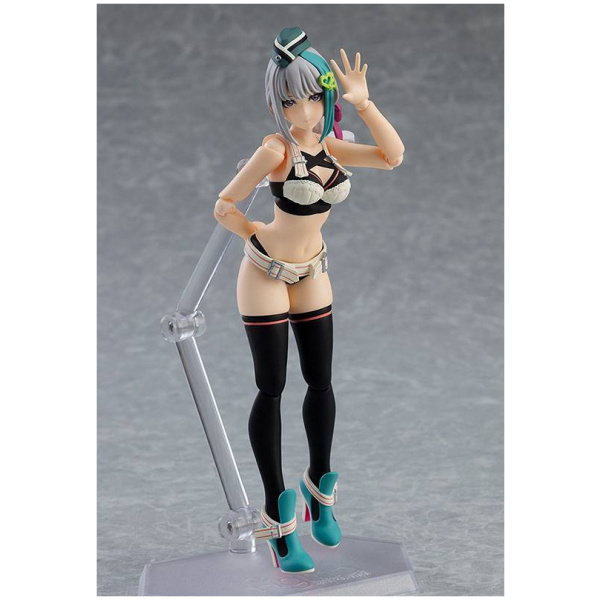 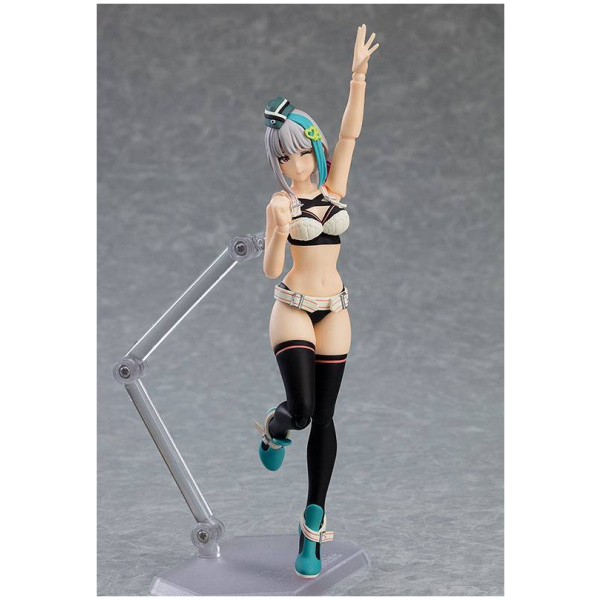 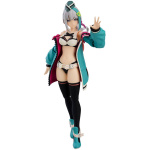 From the popular column “Shunya Yamashita’s Plastic Angels” published in the monthly magazine “Armour Modelling” comes a figma of Lanna!

· She comes with three face plates including a smiling face, a winking face and an expressionless face.
· A pair of nippers, an air brush, a spray paint can, a desk and chair are included as optional parts.
· A giant pair of nippers is also included.
· An alternate body part to display her without her jacket on is included as well.
· An articulated figma stand is included to display the figma in a variety of poses.

*PLAMAX Military Cuties packages and cutting mat paper craft data will be distributed after the figma is released.