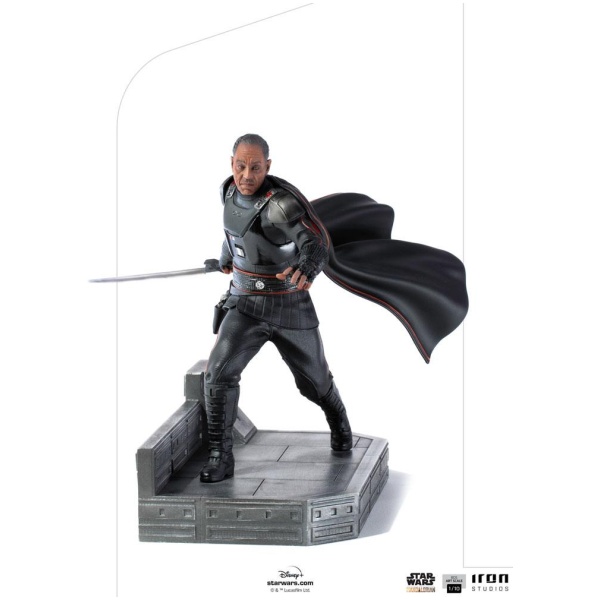 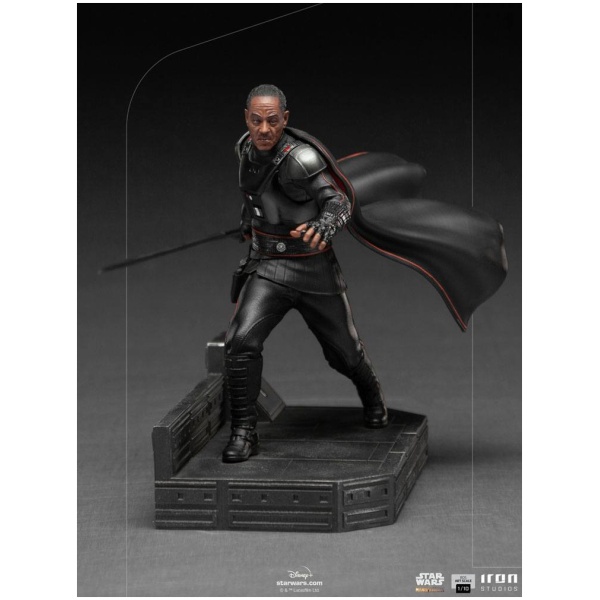 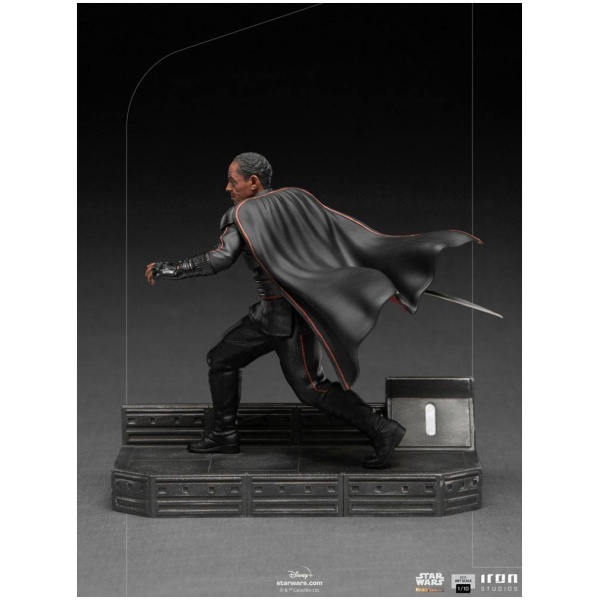 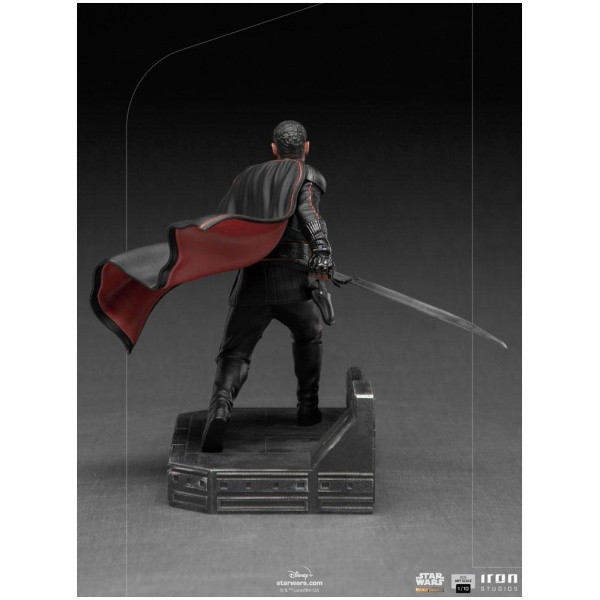 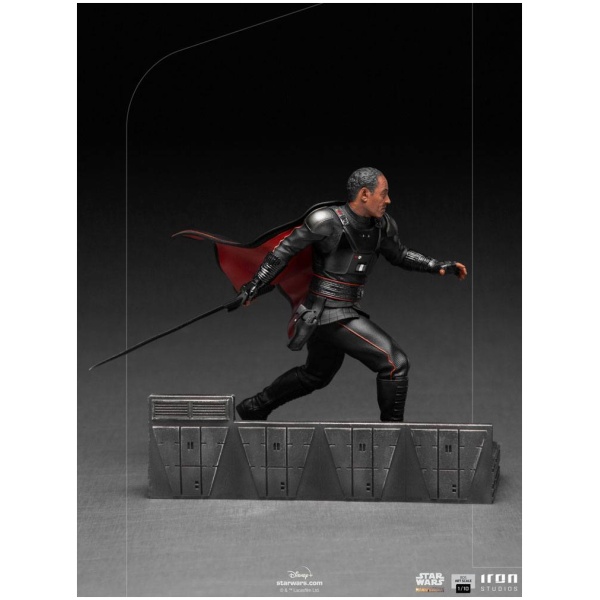 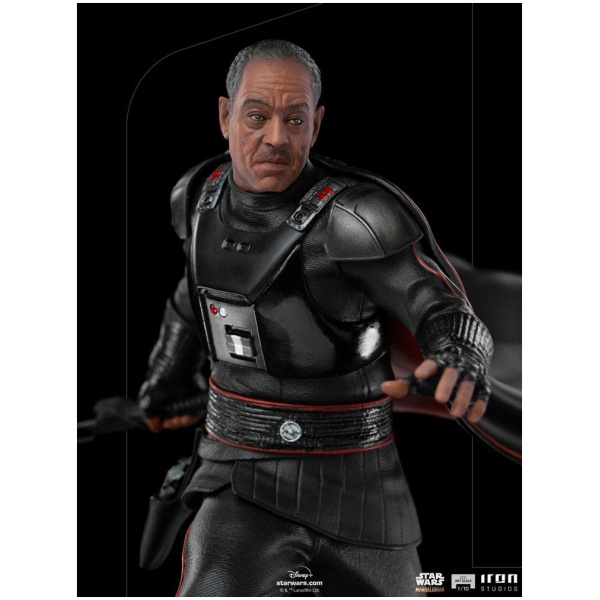 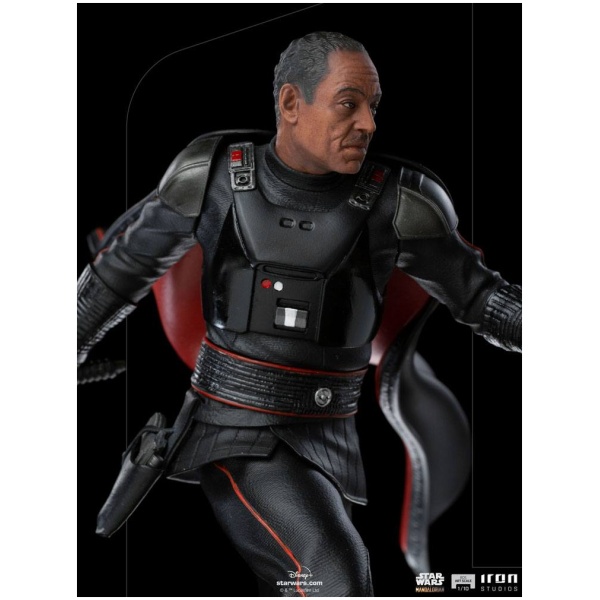 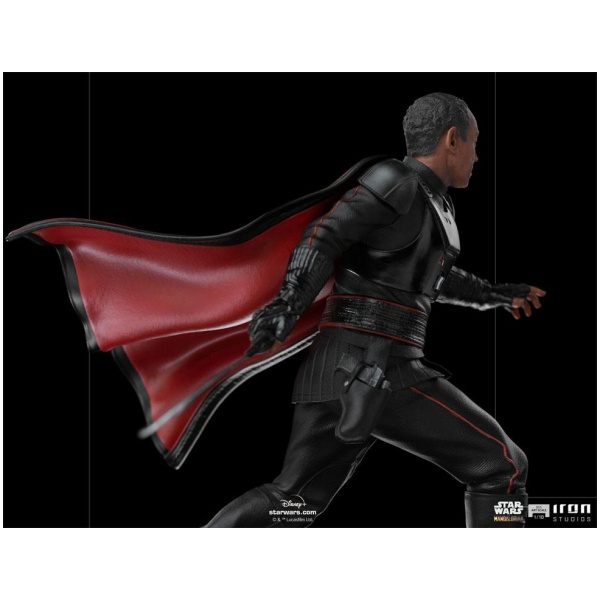 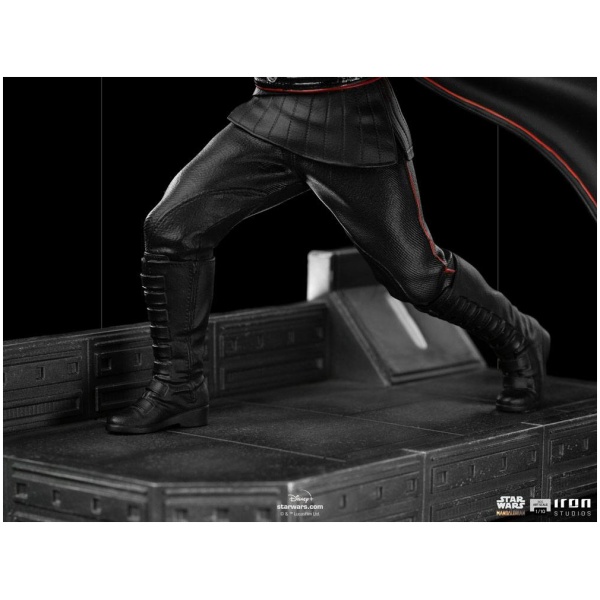 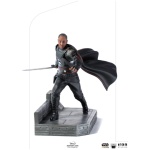 Officer Moff Gideon is an agent for the Imperial Security Bureau, the law enforcement and intelligence arm of the fallen Galactic Empire. Gideon stands at the base of the floor of his light cruiser and advances, wielding the legendary Shadow Saber, the only black lightsaber in the Star Wars canon. The black lightsaber was stolen long ago from the Jedi Temple of Coruscant by Clan Vizsla of Mandalorians and has become a symbol of the Mandalore. Anyone who wields it can claim the Mandalorian throne. In his black imperial uniform covered in a cape, with a blaster pistol on his hip, Iron Studios presents the feared “Moff Gideon BDS Art Scale 1/10 – The Mandalorian – Iron Studios”.

Gideon captured the special child named Grogu, popularly known as Baby Yoda, thanks to the resemblance to the old Jedi master. A high-value asset, due to his control and connection to the Force’s power, Grogu is important to Gideon as a blood donor for his experiments. Because of the emotional ties that Mando, the bounty hunter, has created with this child, he and his allies set out on a mission to rescue the child. The climax of this dispute puts Mando and Moff Gideon in a decisive duel.

This statue was inspired by one of the scenes from the episode called “The Rescue” the last one of the 2nd season of the Mandalorian series, a spin-off from Star Wars and created by Jon Favreau, available on Disney+ streaming. With many details and features of Italian-American actor Giancarlo Esposito faithfully reproduced and produced with official references from the series, this statue composes a diorama of this scene alongside “Mandalorian BDS Art Scale 1/10 – The Mandalorian – Iron Studios”, sold separately. A must-have set for every fan and collector, created exclusively by Iron Studios!