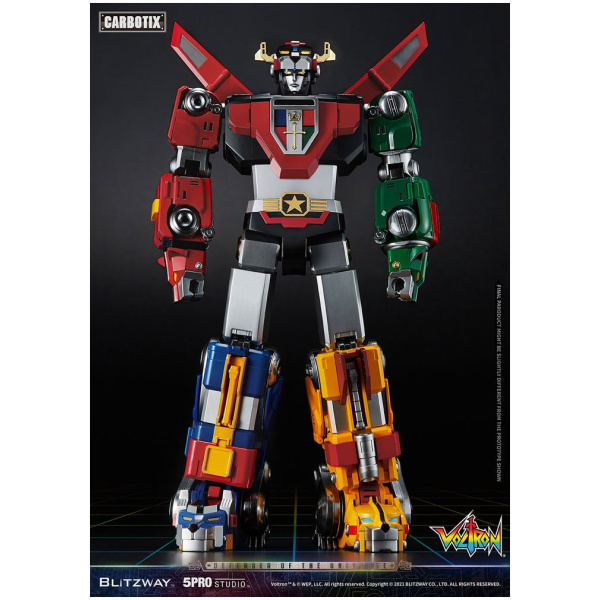 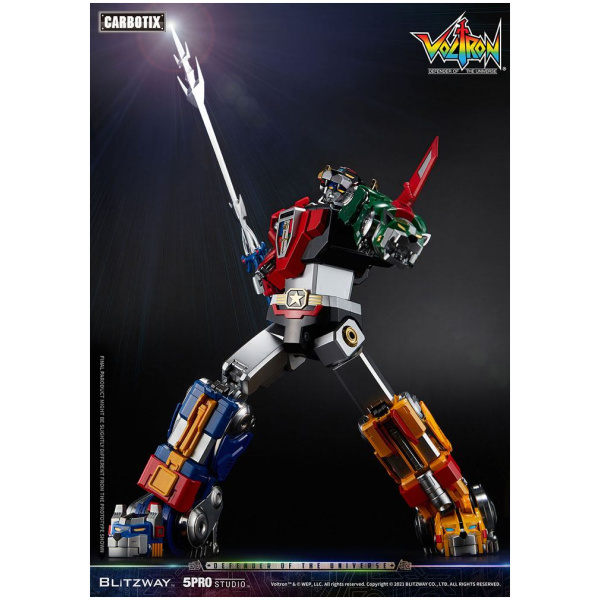 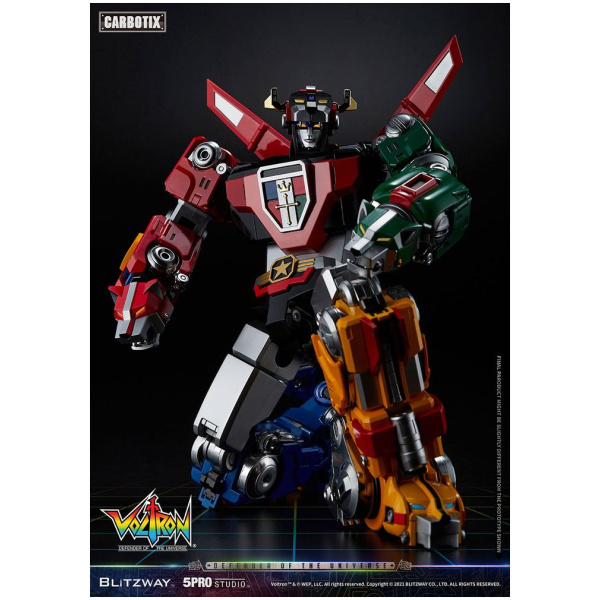 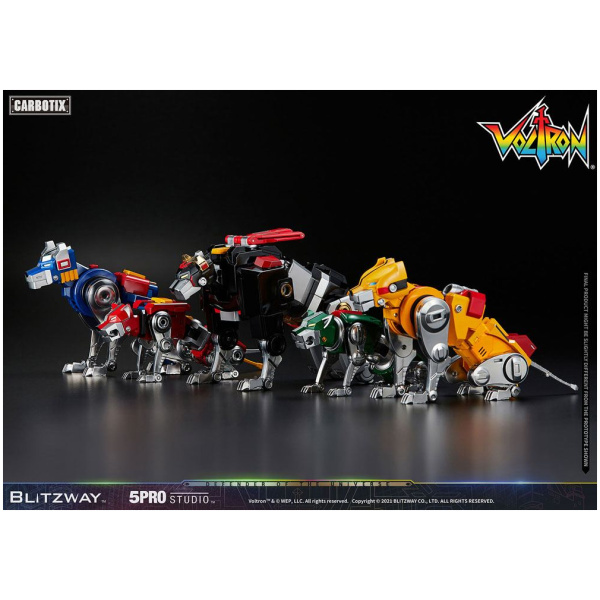 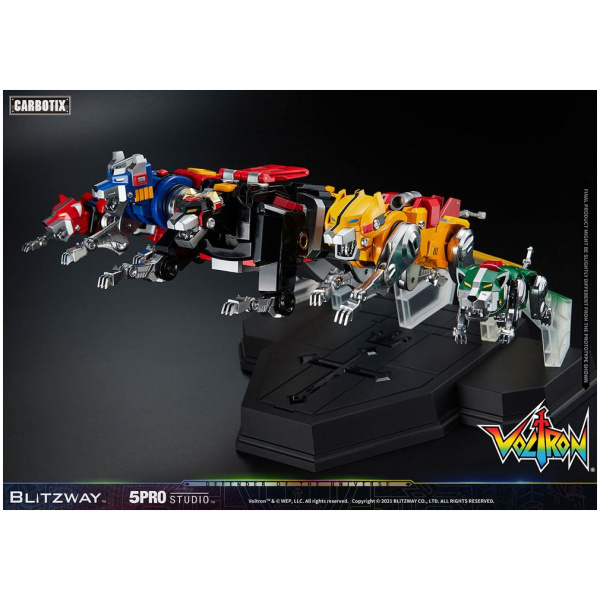 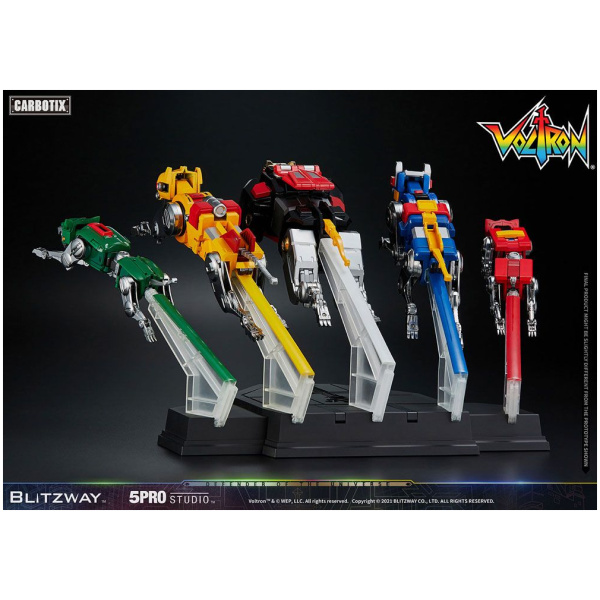 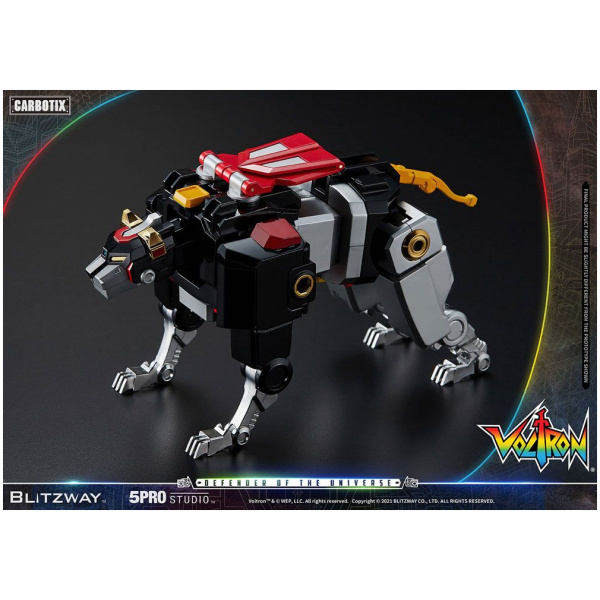 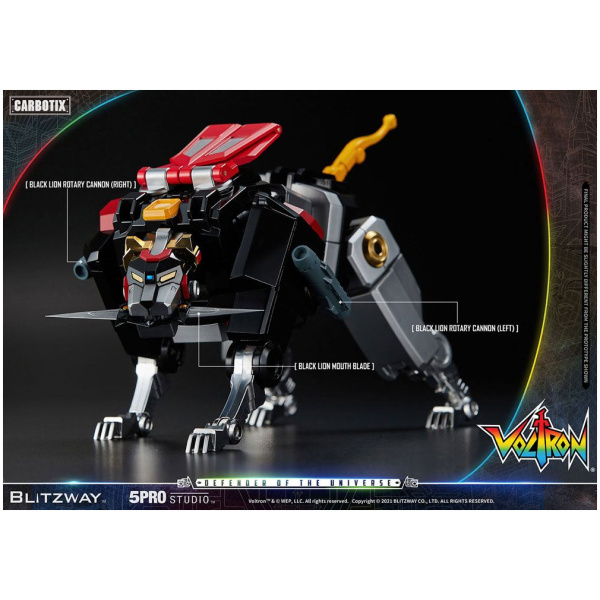 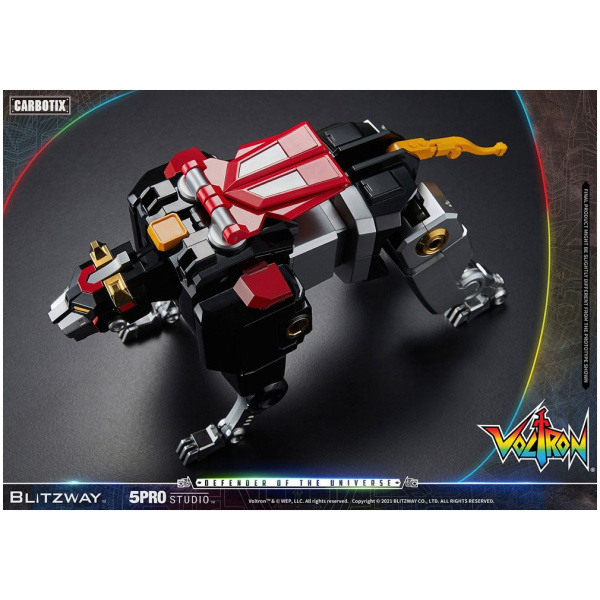 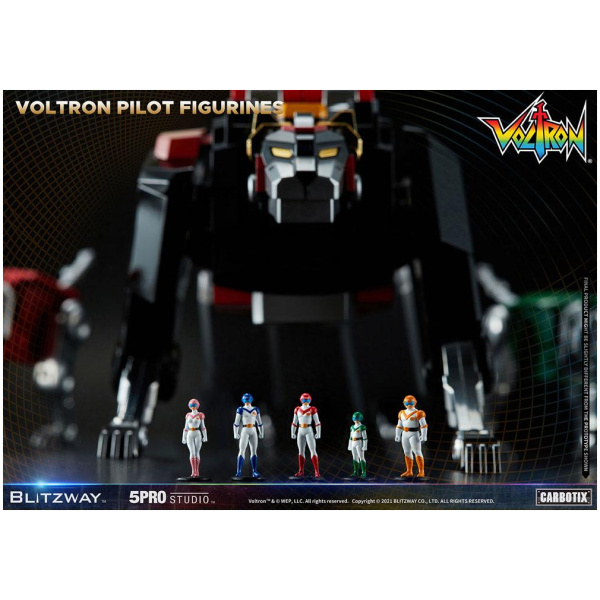 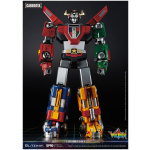 Introducing the Voltron, a new Carbotix series that Blitzway has ambitiously prepared.
In order to most perfectly reproduce the Voltron that appears in the anime, the developers at Blitzway carefully analyzed the five lions. Free-moving joints that could reproduce the dynamic poses of the lions in the animation, while maintaining perfect proportions in their lion states. It has been made possible to maintain perfect proportions without losing shape even when the five lions are combined to form Voltron.

Various materials were considered in order to provide a little fun during the assembly process. Also, to ensure that you don’t experience any stress when combining and transforming the figures,
unnecessary structures have been boldly deleted, and various designs were attempted in order to
improve the structure.

As with other transforming robot series, alloy parts have been used in the right places to give the
satisfying feeling of holding a heavy robot.

Each of the lion’s eyes has an LED light to create an animated robot appearance, and the cover that
hides unnecessary parts when the robots are combined achieves the appearance of Voltron with a
higher degree of perfection.

The action base that is included enables you to display the five lions as if they are floating in the air
using a support shaped as a trajectory of light representing each lion. This support can also be used
to mount weapons when combined into the form of Voltron. Also, 19 types of weapons can be
conveniently stored inside the base at once.

Don’t miss out on Voltron created by the world-class R&D Team at Blitzway!