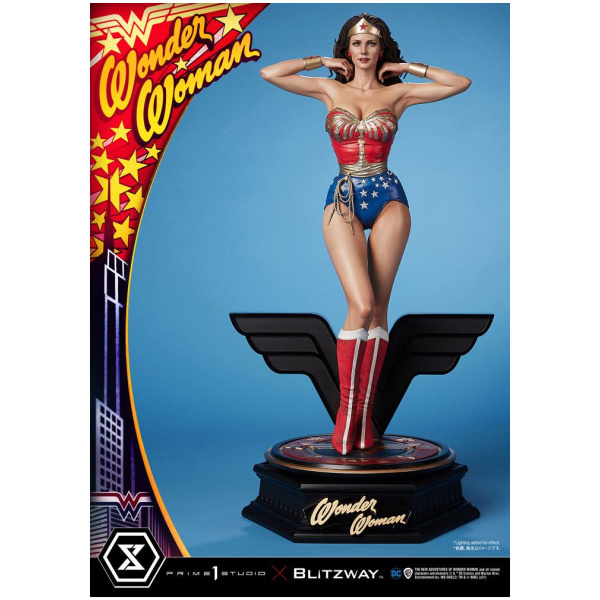 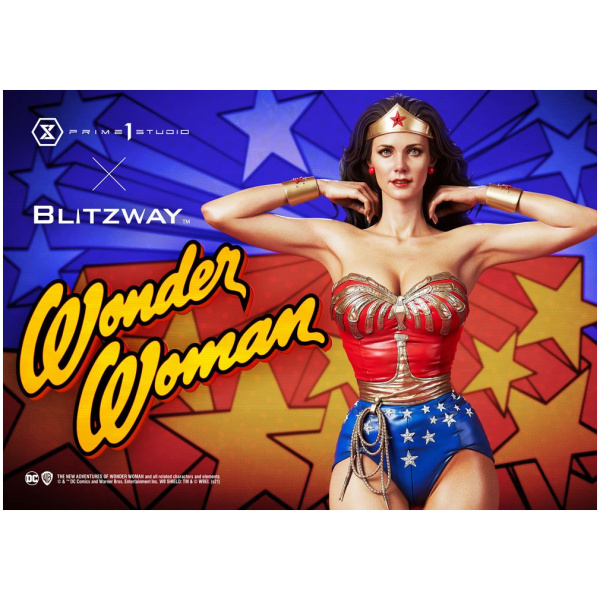 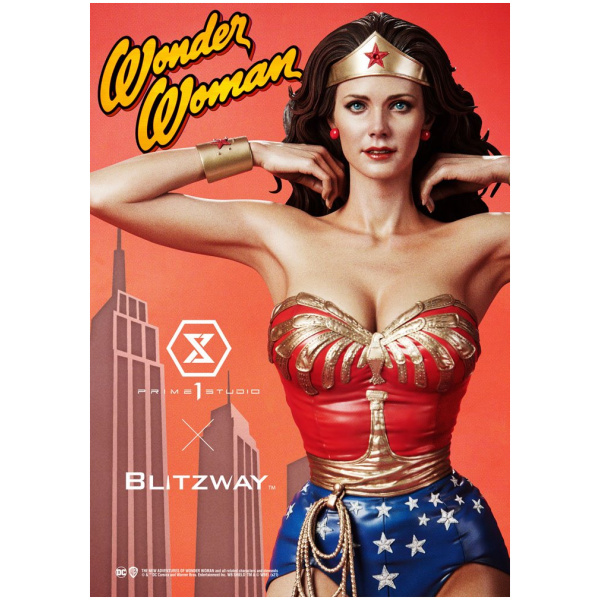 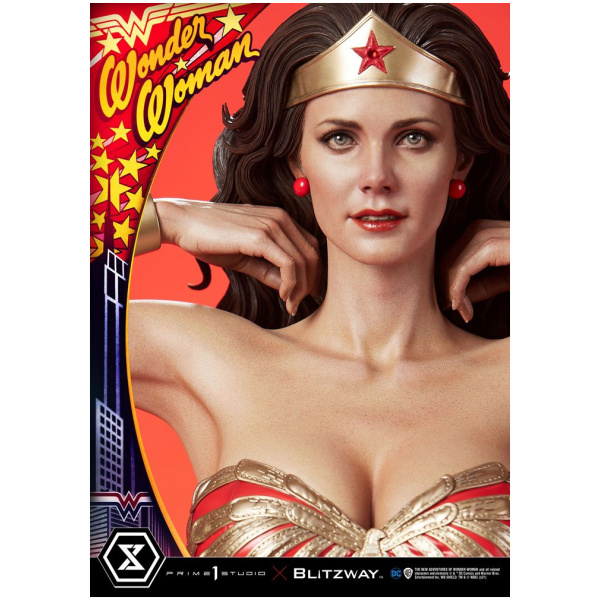 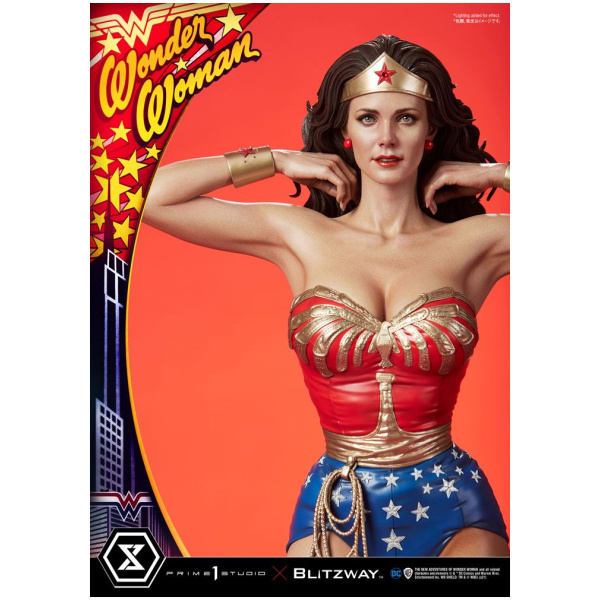 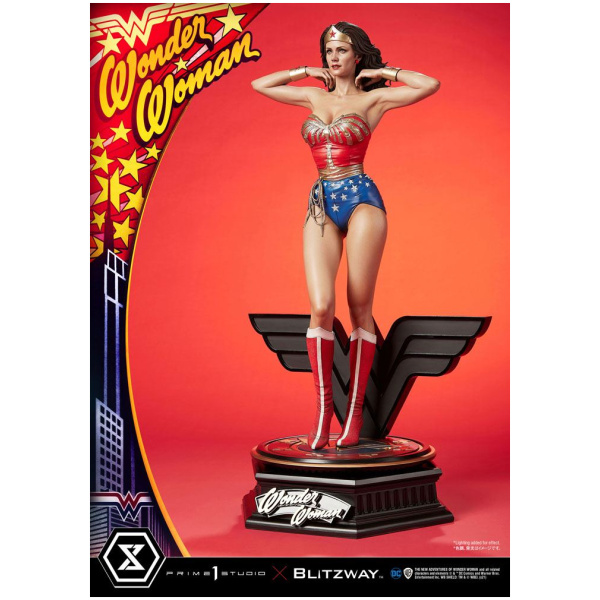 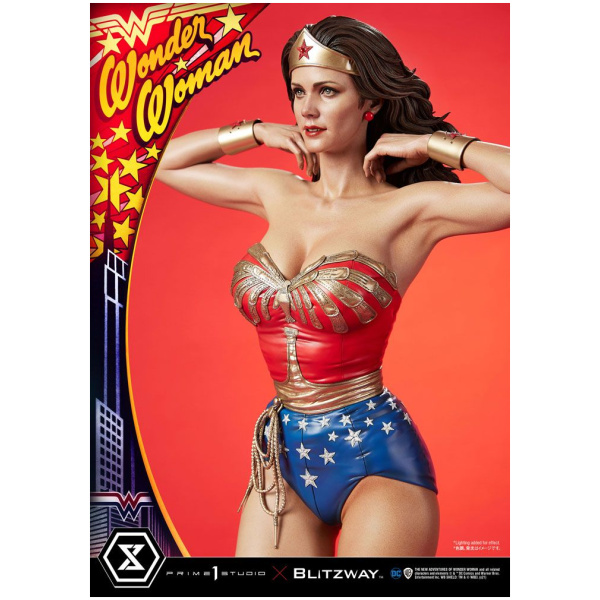 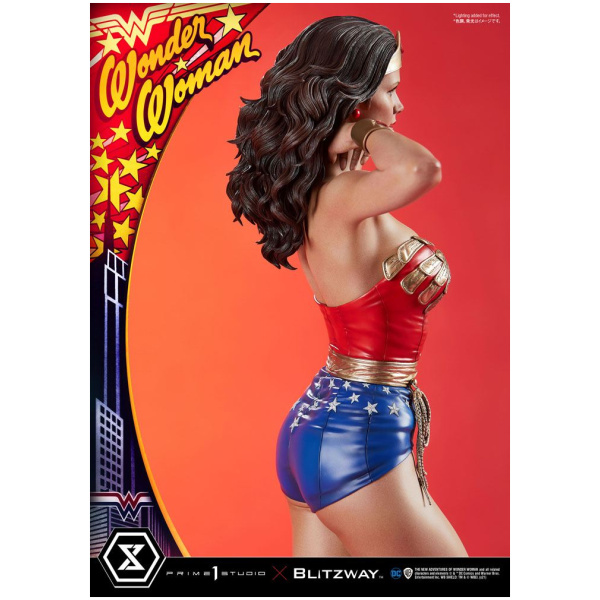 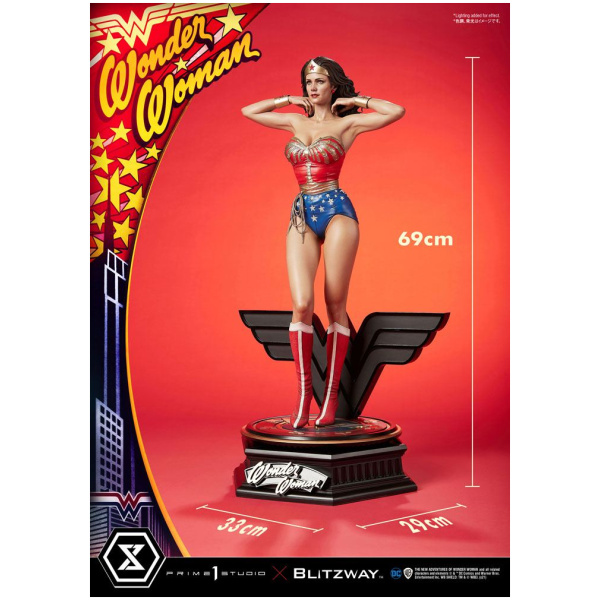 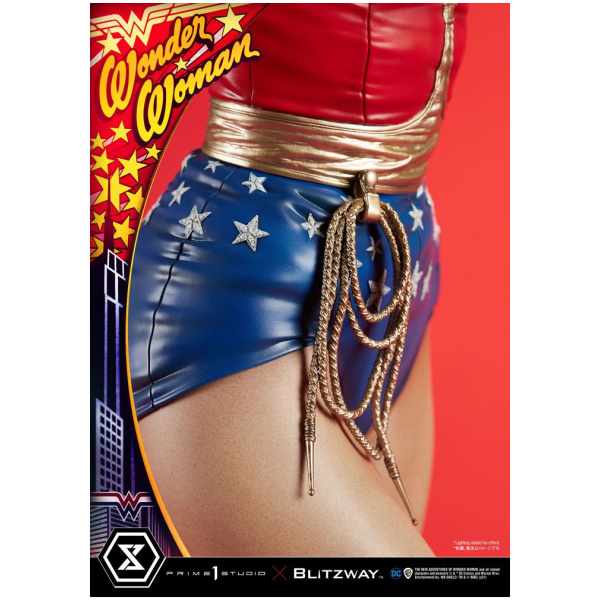 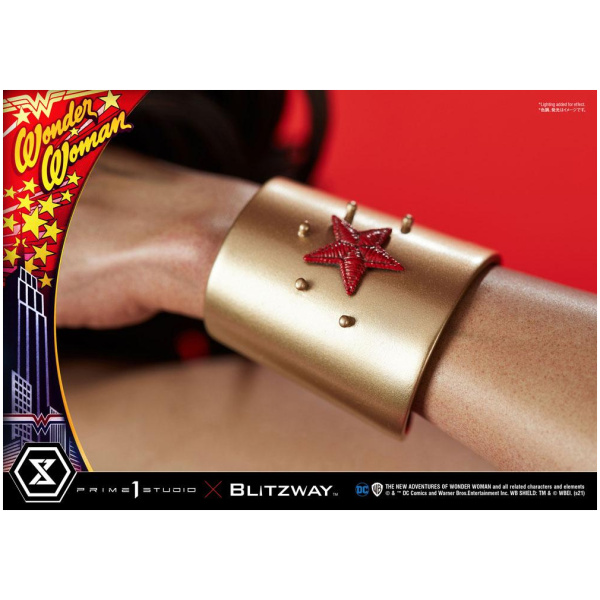 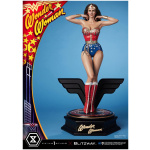 “Wonder Woman! All the world is waiting for you! And the power you possess!”
– Wonder Woman Opening Theme Lyrics

Anyone would be hard-pressed to argue that Lynda Carter is the perfect Wonder Woman: her stature, kindness, grace, and strength all contributed to her portrayal of Princess Diana of Themyscira. That’s why Prime 1 Studio collaborated with our partner studio Blitzway, to capture both the subtle and eye-catching features that made Lynda Carter such a celebrated Wonder Woman for decades!

With the talented artists at Blitzway, we spent days and days poring over reference media of Lynda Carter as Wonder Woman. We wanted to be sure to catch each and every detail, angle and look of the 70’s superhero icon. From picking up the subtle detail of her loose wavy hair, to rendering how striking her baby blue eyes were and to rendering her toned physique, we lived and breathed Wonder Woman 24/7.

We managed to heighten the realism of this Museum Masterline statue by including every stitch, wrinkle, piping, and pleat of her signature costume. We used tried and true methods to render her skin as lifelike as possible in a polystone statue. We took particular attention to replicate all the correct finishes of her eagle symbol, her bustier, her shorts and boots to make the costume as close to authentic as possible. And we round this statue out with her golden tiara, bracelets and magic Lasso of Truth.

You’ll find Wonder Woman posed on her WW symbol base at a statuesque 27 inches tall, with a detachable WW backdrop that can be removed or attached depending on your tastes. Her base picks up all of the colors on her costume and only serves to emphasize the importance of this piece.

Whether you are a Wonder Woman fan or a Lynda Carter fan or even a 1970’s TV fan…you owe it to yourself to pick up this grail statue today before it disappears forever!